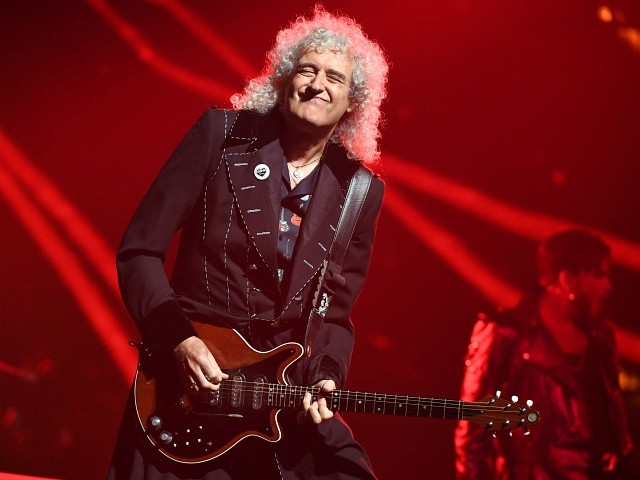 Science and music came together in a once-in-a-lifetime way at the dawn of the New Year as the National Aeronautics and Space Administration (NASA) celebrated its New Horizons spacecraft’s flyby of an object dubbed Ultima Thule four billion miles from Earth and Queen guitarist and astrophysicist penned a song to mark the occasion.

“Celebrating the whole 12-year Journey of New Horizons probe,” the text about the song and music video on YouTube said. “This is Brian’s personal tribute to the on-going NASA New Horizons mission, which on New Years Day 2019 will achieve the most distant spacecraft flyby in history.” Watch below:

Englishman May, one of the world most celebrated rock guitarists, earned a Ph.D. in astrophysics in 2007.

New Horizons first launched on January 19, 2006, and made a historic flyby of Pluto on July 14, 2015. Now, the spacecraft continues to make history.

“Last night, the United States spacecraft New Horizons conducted the farthest exploration in the history of humankind, and did so spectacularly,” said Alan Stern, principal investigator. “Thousands of operations on board the spacecraft had to work correctly in order for us to be able to tell you this, and now we know that it all did.”

Discovered by the Hubble Space Telescope in 2014, Ultima Thule is one of countless denizens of the remote Kuiper Belt, a vast zone of debris beyond the orbit of Neptune made up of rocky fragments left over from the original disk of material that coalesced to form the solar system some 4.6 billion years ago.

The small body is known as a “cold classical” Kuiper Belt object, or KBO, meaning it is a pristine sample of that original material, circling the sun in a circular, flat orbit that indicates it has not been jostled or otherwise disturbed since the solar system’s birth.

May spoke to the BBC about his song and music video and his time with the NASA team as the New Year milestone approached.

“It’s surreal I’ve got to say,” May said. “Standing there doing the countdown to the New Year and thinking this is very bizarre because it’s not the kind of thing that I usually do.”

“But the fact that I can merge the science with music and contribute to the whole experience in an unusual way have given me great pleasure and pride,” May said.

He said he wanted the song to celebrate the human spirit and the desire to understand the universe.

The song also features the voice of the late Stephen Hawking, known as one of the greatest theoretical physicists of all time.

“Congratulations to NASA’s New Horizons team, Johns Hopkins Applied Physics Laboratory and the Southwest Research Institute for making history yet again,” NASA Administrator Jim Bridenstine said. “This is what leadership in space exploration is all about.”

NASA said the spacecraft would continue to download images and other data over the next 20 months.