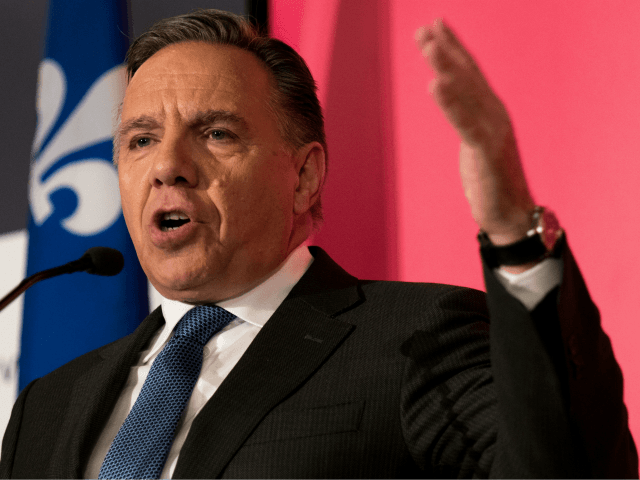 Quebec’s Premier signaled that he is willing to meet with the Freedom Convoy, in stark comparison to Canadian Prime Minister Justin Trudeau, who ruled out a meeting with the protesters.

“I am always available to meet with people who are in good faith to try to see how we can help them answer their questions, their concerns,” said Premier Francois Legault.

Over the weekend, The convoy reached the country’s capital city, Ottawa. They are reportedly traveling to Quebec next.

A Facebook event for the Quebec Freedom Convoy read:

Quebec law enforcement authorities have contacted the Freedom Convoy organizers and said, “We will respect the right to protest.”

Unlike Premier Legault, Trudeau refused to meet with the protesters. Instead, he and his family fled their Ottawa home due to “security concerns.” Trudeau has consistently criticized the Freedom Convoy, characterizing them as a group of “hateful” citizens who are “very often misogynistic and racist.” The Canadian Prime Minister also said the convoy is a “small fringe minority of people” that holds “unacceptable views.”

Despite Trudeau’s attempt to diminish the freedom convoy’s size, it is clear that thousands of people support them. A GoFundMe page for the Freedom Convoy raised over $10 million before ultimately being frozen by the platform.

“Those who are in their comfort zone, they think everything is going well, because they have the QR code … We’re your brothers, your sisters, your work mates, your friends, we need your help,” said Bernard Gauthier, an organizer of the Quebec protest. “We’re one of you. We’re Quebecers, we’re on the ground, we’re Canadians. You’re supposed to help us when it’s not going well.”