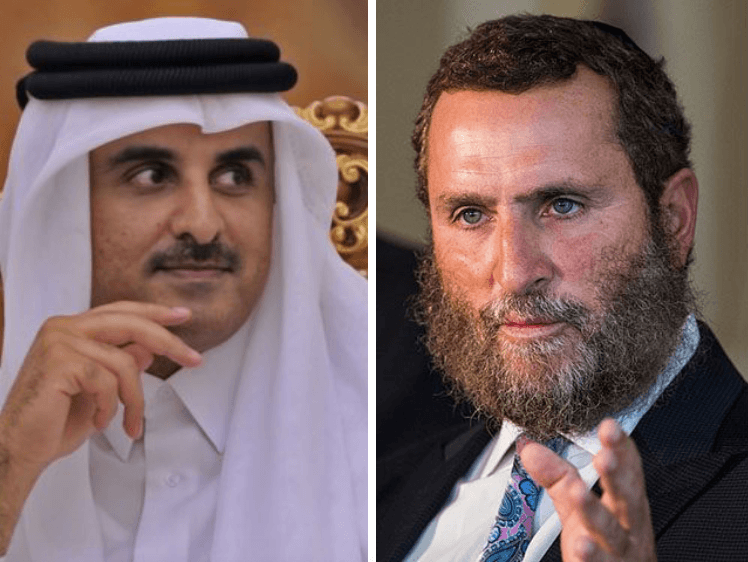 Qatar, a small monarchy on the Arabian peninsula that hosts American troops but has also funded radical Islamic groups, reportedly attempted to hack the emails of Rabbi Shmuley Boteach and his wife, Debbie.

Boteach, known as “America’s rabbi” for his prominence in the media and in Hollywood, is a Breitbart News contributor. In 2017, he began criticizing Qatar’s efforts to influence the American Jewish community, which it hoped would pressure the Trump administration to discourage a boycott of Qatar by other Arab states.

In an article titled, “Russian Hackers Aren’t the Only Ones to Worry About,” Bloomberg reported that lawyers for former Republican fundraiser Elliott Broidy had uncovered a massive Qatari hacking operation that had used TinyURL addresses to “phish” his account — and 1,000 others.

The targets, Bloomberg reported, were varied: “The alleged victims range from Syrian human rights activists to Egyptian soccer players (Qatar will host the World Cup in 2022). They include celebrity Rabbi Shmuley Boteach and his wife, Debbie; the Egyptian billionaire Naguib Sawiris; and Mouaz Moustafa, a U.S. citizen who is the executive director of the Syria Emergency Task Force.”

This story in Bloomberg News alleges that my wife Debbie and I are were targeted by Qatar for hacking, presumably so as to prevent my battle against Qatar trying to whitewash its financing of terrorism and Hamas. If true, and the story seems to be strongly corroborated, it would constitute a dangerous and direct attack by a foreign government against American citizens for exercising their First Amendment rights.

It would constitute an assault against a Rabbi and his wife, a mother of nine, for speaking out against the Jewish lobbyists who took millions of dollars to help cleanse Qatar of its terror-funding record.

I am a Jew. Qatar funded and continues to fund Hamas which is sworn to the annihilation of the Jewish people. Qatar funds terrorism. The Jewish leaders who disgraced themselves by participating in the Qatari whitewash, and who traveled to Doha – some of whom were paid – must repent before Yom Kippur.

The US authorities must thoroughly investigate this growing story, reported in the most credible outlets, that Qatar sought to destroy the reputation of its critics and hacked their email accounts.

If it can happen to me and my wife, it can happen to you. Noone is safe. Our government must protect us and must enact punitive measures against Qatar. And we must find out which Americans may have illegally collaborated in the effort.

Qatar’s efforts at lobbying the American Jewish community collapsed earlier this year, though the emir of Qatar visited President Donald Trump at the White House in April.