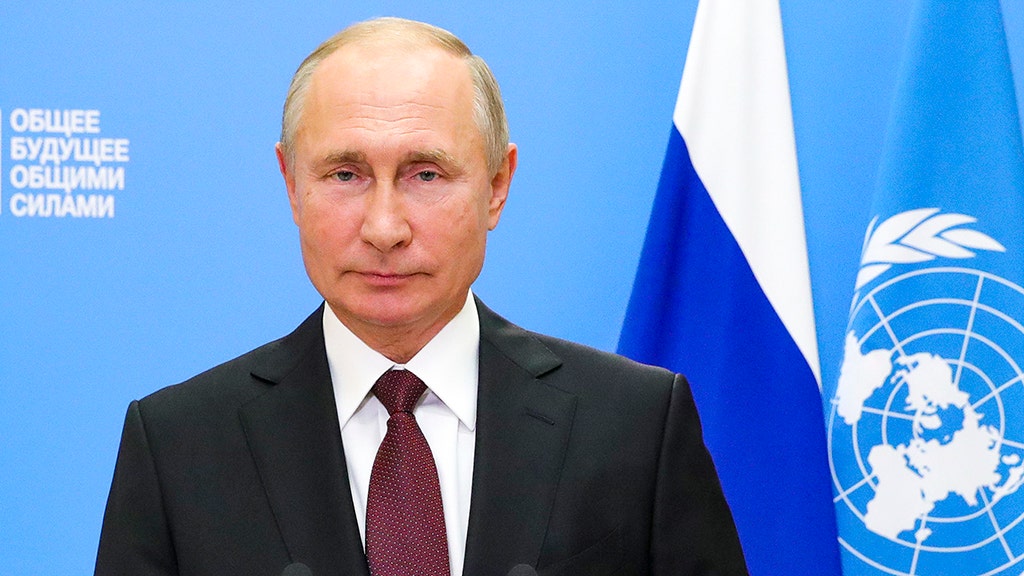 Russian President Vladimir Putin said the U.S. Democratic Party is closer to the “Social Democratic ideas” that gave rise to communism — but added that he’d work with whoever is elected president in November.

He said the shared values of the Soviet Communist Party and the U.S. Democratic Party could form the “ideological basis” of a U.S.-Russia relationship if Democratic nominee Joe Biden is elected.

“As for the Democratic candidate, what can I say? We can hear rather sharp anti-Russian rhetoric, as well. Regrettably, we have become used to this,” Putin said in an interview this week with Russia’s state-owned Rossiya TV.

NAVALNY: I’M SURE PUTIN IS RESPONSIBLE FOR MY POISONING

Putin was a member of the Soviet Communist Party for nearly two decades. That party dissipated in 1991 and Putin has since not declared a party affiliation.

“I still like many of these left-wing values. Equality and fraternity. What is bad about them? In fact, they are akin to Christian values. Yes, they are difficult to implement, but they are very attractive, nevertheless,” he continued.

“In other words, this can be seen as an ideological basis for developing contacts with the Democratic representative.”

Democrats have hit Trump for what they see as a dangerously close relationship with the longtime Russian president. Trump and Putin have met five times throughout his presidency. And the basis of the Mueller investigation was Trump and his allies’ alleged ties to Russian entities and Russian interference into the U.S. election on behalf of the president.

Putin also claimed, without evidence, that Russia does not interfere in U.S. elections.

“We are the onlookers; we do not interfere in the process,” he alleged. “ Everything that is happening in the United States is the result of the country’s internal political processes and problems.”

Putin said that when anyone tries to “humiliate or insult” him, such as when Biden called Trump “Putin’s Puppy,” he takes it as a compliment, saying it “enhances our prestige.”

Putin also said he appreciated Trump expressing interest in improving U.S.-Russia relations earlier in his presidency, but his intentions had fallen short, pointing to new sanctions and the INF Treaty withdrawal, calling it “a very drastic step.”

Still, Putin said bilateral trade between the U.S. and Russia had grown during the Trump administration, and the U.S. has found common cause with Russia on stabilizing the world energy market.

“Therefore, I would like to repeat what I have said more than once before. We will work with any future president of the United State[s], the one whom the American people give their vote of confidence,” Putin added.