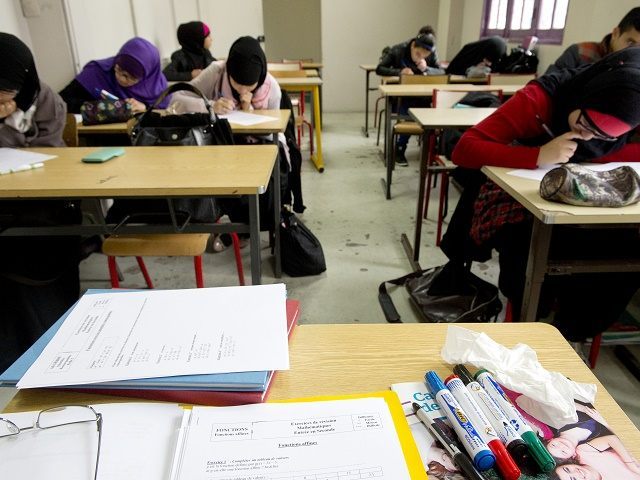 Teacher Jean-Baptiste Jorda claimed that one of his classes at a high school in the heavily migrant-populated Seine-Saint-Denis district outside Paris reacted with anger after being shown images of Mohammed that were published by Charlie Hebdo.

“They exploded,” he said, according to French magazine Marianne, and added: “They immediately insulted the newspaper. Some even said they wanted blasphemy to be banned by law.”

Jorda went on to show the pupils a video taken in September of people in Pakistan burning French flags in response to the republishing of the Mohammed cartoons to teach them about intolerance.

“I thought it would make them think, but most of the pupils stood up and applauded,” he said.

“Their big argument is the so-called double standard they present by comparing incomparable things,” Jorda said. “For example, they do not understand that criticism of the prophet of Muslims may be allowed while doubting the Holocaust is not.”

The pupils, according to Jorda, view Charlie Hebdo as part of the “far-right” and said: “So, to fight back, all means are legitimate. Insults, as well as violence. To challenge them on this issue is to side with the ‘racists’.”

A Chechen Islamic extremist teen murdered Samuel Paty last week after the teacher showed his class the Mohammed cartoons which had previously inspired the 2015 terrorist attack on the officers of Charlie Hebdo, leaving a dozen dead.

France Shuts Down Mosques and Schools Linked to Islamism in 15 Neighbourhoods https://t.co/m166Ty3IJ1

“It’s not a coincidence if tonight a teacher was struck, because the terrorist wanted to attack the values of the public, its light, the possibility to make our children, no matter where they come from, no matter what they believe or not believe, no matter what their religion is, to make them free citizens,” he said.