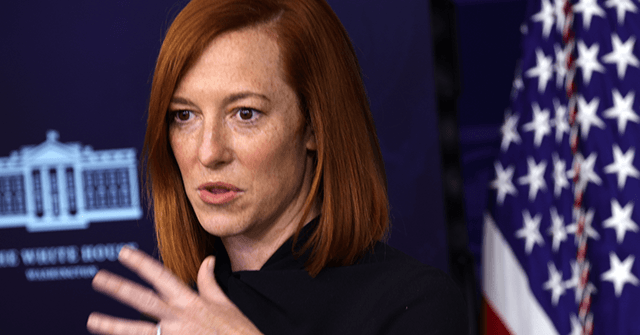 On Thursday’s broadcast of MSNBC’s “The ReidOut,” White House Press Secretary Jen Psaki said that President Joe Biden prefers not to make changes to the filibuster, but “he’s happy to hear ideas, and he is certainly not going to allow for obstruction of important things like making it easier to vote.”

Psaki said, “There’s a lot of interesting ideas out there. I’m sure that he’s happy to listen to people and talk to them about their ideas to make changes. He talked just earlier this week about whether it should be harder and not easier to block legislation, return to the talking filibuster, which is an idea that has been put out there. It shouldn’t be so easy to do it. His preference is not to make changes because he wants Democrats and Republicans to work together. He wants to find a way forward. He thinks that voting rights is something that there should be support for, and he’s going to keep working at that. But he’s happy to hear ideas, and he is certainly not going to allow for obstruction of important things like making it easier to vote.”

She added that the White House doesn’t see it as a choice between bipartisanship and getting important things done, and Biden’s “not going to allow political games in Washington to hold his agenda hostage, or prevent work being done on behalf of the American people. Reconciliation was of course used, as you know, for the American Rescue Plan, which delivers aid and assistance to people across the country, but he also believes that there should be an opportunity and the door should be open to bipartisanship, and we’ve got to keep working at that, even if we haven’t reached that at this point in time.”