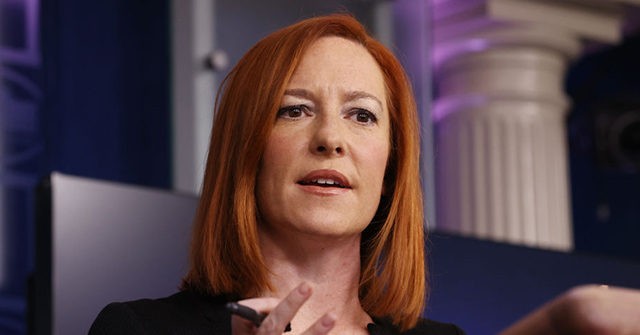 On Thursday’s broadcast of MSNBC’s “The Beat,” White House Press Secretary Jen Psaki said that President Joe Biden will announce that it is possible that the country will be “closer to normal” by July 4, but in order to do so, “we’re going to have to keep our masks on, socially distance,” and get vaccinated.

Host Ari Melber asked, “Jen, is the July 4 announcement important because it gives somebody — gives everybody something to look forward to? I mean, it doesn’t seem as central as these other things. But you’re sort of telling people, hang on, and by that classic American holiday, maybe we can have gatherings again?”

Psaki responded, “Ari, I think the president feels that we all need a little hope and something to look forward to and something to incentivize continued sacrifice. He will make very clear in his speech that that is going to require to get to the point where you can have a barbecue in your backyard and I can have a barbecue in my backyard, we’re going to have to keep our masks on, socially distance, encourage our friends, neighbors, cousins, anyone who’s hesitant about getting the vaccine, that it’s safe, that it’s effective. There [are] a lot of steps we need to take. But that sure does give us a good vision of what’s possible if we take all those steps, and it was important to him to lay out a possibility of what the light at the end of the tunnel looks like.”