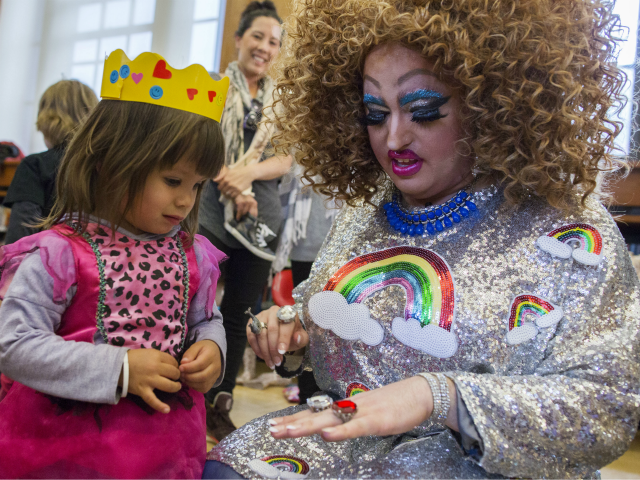 Protesters gathered outside a Long Island, New York, public library Saturday to speak out against the library’s decision to host a Drag Queen Story Hour with children as young as four years old.

“I don’t think we should push this ideology and statements to a 4-year-old,” Pastor Julio Carrion, of Port Jefferson, told News 12 Long Island. “But if they want to continue the conversation with an adult, I’m here now.”

A counter-protester wearing a giant rainbow flag begged to differ with many of the protesters, saying drag queens are merely characters.

“If they don’t want their children to be read to by a character—not even a transgender woman—by a drag queen which is a character, like Spiderman, then go away,” said counterprotester Roland Hoffman, of Manorville.

Port Jefferson Library officials say they expected protests at the event, but called it a “success” and say they plan on having more Drag Queen Story Hour events in the future.

In one such event in a Brooklyn, New York, public school, a first-grade teacher who praised the event said the drag queens told her students “there is no such thing as ‘boy’ and ‘girl’ things.”