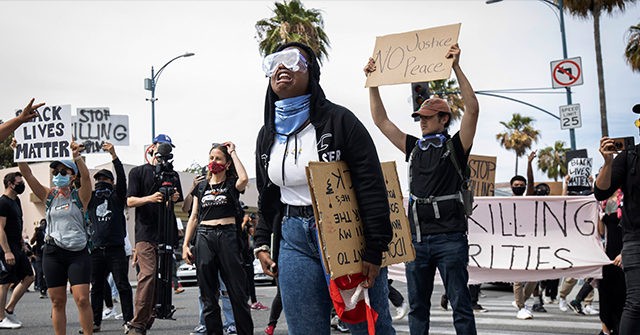 Protesters marching against the death of George Floyd chanted “Eat the Rich” while moving through Beverly Hills, California.

The Raw Story reports that protest in Beverly Hills “was one of dozens being held across America following the killing of George Floyd while in the custody of the Minneapolis Police Department.”

Breitbart News reported that protesters in Fairfax set fire to LAPD patrol vehicles earlier in the day. Other patrol cars were burned as well, and police vehicles in Chicago were heavily damaged when protesters attacked.