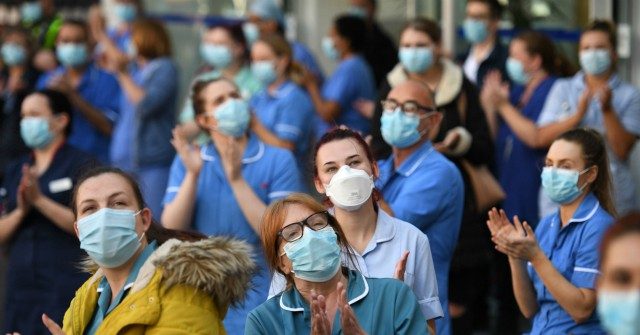 The government’s message at the height of the pandemic to “Stay Home, Protect the NHS, Save Lives” frightened off patients from seeking medical help, resulting in admissions for non-coronavirus-related cases to fall by up to 90 per cent, according to a report.

Patients were believed to have either been frightened of catching the virus or concerned that they would be a burden on their own taxpayer-funded National Health Service. As a result, conditions were not treated when they should have been, says the healthcare analyst firm, Dr Foster.

The report, seen by The Telegraph, revealed that admissions for prostate cancer, the number one cause of cancer for men, fell by nearly two-thirds (64 per cent). Bowel cancer, the second biggest cancer killer in the UK, saw more than a third (39 per cent) fewer admissions. Cervical (32 per cent) and breast (30 per cent) cancers also saw a drop by nearly one-third.

There were also large numbers of falls in hospital attendance for lung cancer (43 per cent), congestive cardiac failure (38 per cent), and heart attacks (27 per cent). The largest drop, however, was for gastrointestinal disorders, which had fallen by 90 per cent.

Dr Foster’s director of strategy and analytics Tom Binstead remarked: “Overall, the analysis suggests that the long-term effects of the pandemic are likely to be far-reaching, with a future spike in demand possible due to missed diagnoses and postponed procedures.

“Cancers may now require a greater level of treatment, or even be untreatable, if they have been left undetected or untreated as a result of the crisis.”

Specialists have already predicted 35,000 excess deaths from cancer by the end of 2020, with some 31,000 cancer sufferers missing out on treatments like chemotherapy between April and July. The first four months of the pandemic saw 4,400 extra deaths from stroke and heart disease, alone. There have also been 27 million fewer GP appointments, which in turn affects the number of referrals to other specialists for treatment and screening.

In an effort to combat the message that protecting the NHS is more important than protecting people, the health service has announced a new “Help Us to Help You” which seeks to assure Britons that they will not be seen as a burden for having ailments unrelated to coronavirus.

The report comes as the Office for National Statistics (ONS) revealed on Monday that there had been an increase in excess deaths in private homes (including individuals’ own homes, retirement homes, and supported housing) compared to deaths in hospital. In England since December 28th, 2019, there were 108,842 excess deaths in private homes — 25,472 more than the previous five-year average — with only nine per cent of those being due to coronavirus.

Between late March and mid-September, coronary heart disease was found to be the leading cause of death in private homes for men, increasing by more than one-quarter.

Sarah Caul, the ONS’s head of mortality analysis, said: “We have seen an overall increase of deaths as well as a redistribution of various causes of death. For instance, while deaths of heart disease are below average in hospital, it has been above average at home. It’s a similar picture when looking at prostate cancer for males and Dementia and Alzheimer’s disease for females.

“Unlike the high numbers of deaths involving COVID-19 in hospitals and care homes, the majority of deaths in private homes are unrelated to COVID-19.”