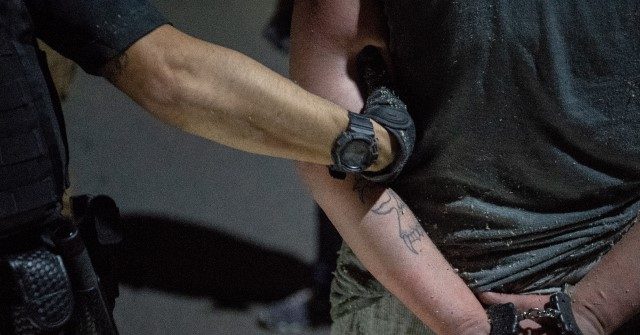 A suspect in Texas who was allegedly in a sexual relationship with his sister is accused of beating the woman to death when he learned she slept with someone else, prosecutors explained.

Thirty-two-year-old Jose Manuel Guzman has been accused of murdering his sister inside their Canutillo home, the El Paso County district attorney said, according to recent reports.

Texas man sleeping with his own sister kills her after she has sex with another man, prosecutors say https://t.co/42bHqNi1My pic.twitter.com/lvgICHcxiZ

Guzman, who is a native of Guatemala but in the United States legally, has lived in El Paso since he was a toddler. Not long ago, the man apparently found out about a sister who was also born in Guatemala.

Per the Daily Mail:

The siblings moved in together and started a sexual relationship, Assistant District Attorney John Briggs said at a teleconference bond hearing Wednesday. Prosecutors said on February 1, Guzman and his sister got into an an argument and the 32-year-old punched her and knocked out one of her teeth. The next day, Guzman told detectives he woke up and felt like someone had been in his home and found out that his sister had sex with a friend while he was asleep, leading to a violent attack.

The alleged murder weapons were a ‘massage instrument’ and a baseball bat. Prosecutors said Guzman bludgeoned his sibling with these and was cleaning up her blood when “he heard police sirens and fled.” Law enforcement was alerted by Guzman’s mother, whom he called after killing his sister.

Deputies eventually found the apparent weapons and a Pringles can with cocaine and methamphetamine tucked inside, the Mail report stated.

In an interview with detectives from the sheriff’s department, Guzman admitted he killed his sister. He also told the detectives he smoked marijuana and methamphetamine daily, according to prosecutors.

Methamphetamine is described as a strong and extremely addictive chemical.

“There is no legal use for methamphetamine. It is a manufactured substance that causes an immediate euphoric reaction,” WebMD says.

“Prosecutors said Guzman, a suspected drug dealer out on bond awaiting trial on other cases, was a potential flight risk…. Magistrate Judge Ruben Nuñez kept the bond at $1 million, citing the nature of the crime and Guzman’s criminal record,” the Mail report concluded.