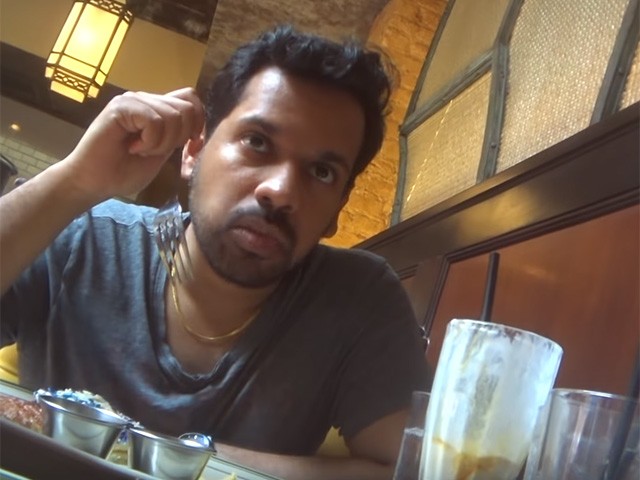 In the latest installment of Project Veritas’ undercover video series into the “Deep State,” a U.S. Government Accountability Office (GAO) employee purportedly admits to breaking agency rules and being a member of the Democratic Socialists of America (DSA).

UPDATE: According to Project Veritas, GAO has issued a statement saying that this employee has been “removed from any ongoing GAO work.” The statement reads:

[W]e cannot comment on his personnel status due to privacy laws. But he has been removed from any ongoing GAO work and cut off from access to GAO equipment. We have a rigorous quality control process with many reviewers that prevents one person from biasing our final reports. But we will also examine his work product as part of our investigation.

“If you’re in [an] executive branch agency you can slow ball things to a degree, that it’s like ineffective, and maybe you get in trouble, or maybe you get fired or resign or whatever, but you slowed [Trump’s agenda] down for a certain period of time,” Subramanian says.

In another exchange, Subramanian purportedly says he is not only a card-carrying member of the Metro DC DSA but also works secretly to expand the group’s online presence — while on the job as a federal employee.

“Everything that I’m doing with DSA is stuff that I’m not supposed to be doing for work… it’s explicitly prohibited. If they find out I could get in trouble, basically,” Subramanian says during the tape. “No one knows I spent six hours yesterday doing social media for DSA.”

According to Subramanian, other GAO staffers are aware he is a Metro DC DSA member, yet his superiors remain in the dark. “Management does not know. You have to be strategic about things like this,” he says.

Subramanian purportedly admits he would be terminated if GAO officials were aware of his activism during work hours — yet breaks the rules anyways. “That’s when I might get fired. If there’s like a camera above my cubicle looking down so they can see and zoom in and see what’s on my phone,” he explains. “I would get fired if they knew that I was [engaging in DSA activity at work,] and I do. I do it on my phone.”

In a separate exchange, the GAO staffer says one of his DSA cohorts assists the Pentagon with “war planning stuff” involving Syria and possesses Top Secret clearance.

Subramanian says little oversight exists across the federal government. “There’s no one looking over my shoulder,” he says. “So like, a lot of times what I’ll do, and this is kind of what I’m doing right now, is like I’ll drink the night before, I tele-work and then I’m like, if I’m 15 minutes late to log on, no one checks.”

In a statement released Thursday, Project Veritas founder James O’Keefe said of the investigative group’s latest sting: “For years the public has been at most only nebulously aware of the permanent administrative state. Only recently have we begun calling it the ‘deep state.’ And with this series, we’ve begun exposing who these individuals undermining our government really are.”