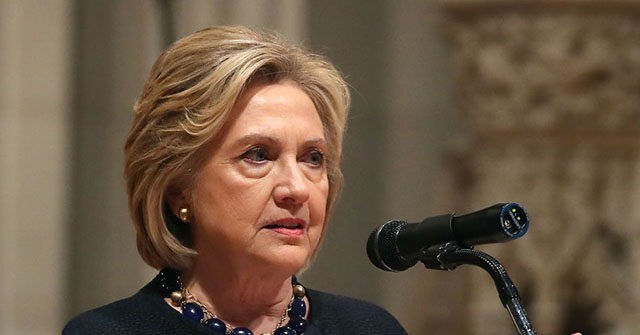 A pro-transgender political army of 150 progressive groups is rejecting any compromise with ordinary Americans, just days after Hillary Clinton warned Democrats they are risking a catastrophic political defeat by Donald Trump in 2024.

The “Open Letter Supporting the Full Inclusion of Transgender and All LGBTQI+ Youth” was posted on June 22, and it declared:

we call for the full inclusion, protection, and celebration of transgender and non-binary youth, including access to extracurricular activities such as athletics and to school facilities, safe and inclusive school environments, accurate and inclusive curriculum, and gender-affirming school health services.

The progressives’ letter does not mention Clinton, nor does it argue for their revolutionary transgender claim, which has already helped to cause irreversible physical trauma to many troubled young women and men.

Instead, the letter smears public opposition as “bigoted, ignorant, mean-spirited, and discriminatory policies [which are] currently being considered by far too many state legislatures.”

But the letter was posted five days after Clinton warned Democrats that their transgender push may help reelect Trump.

On June 17, the Financial Times posted the text of an interview with Clinton.

“Democrats seem to be going out of their way to lose elections by elevating activist causes, notably the transgender debate, which are relevant only to a small minority: What sense does it make to depict JK Rowling as a fascist?” the reporter asked.

“We are standing on the precipice of losing our democracy and everything that everybody else cares about then goes out the window,” Clinton responded, adding:

Look, the most important thing is to win the next election. The alternative is so frightening that whatever does not help you win should not be a priority.

Progressives reacted harshly to Clinton’s warning — even though Clinton repeatedly voted in favor of the transgender ideology when she was a Senator.

“Sacrificing trans people to fascists is not acceptable and I won’t support a party that does this,” said a tweet from “Jimmy Smutek :):.”

“Our rights aren’t up for debate,” said a tweet from “@andria_dev.” “To stop the attacks on transgender people is to stop fascism. To ignore those attacks is to be complicit in fascism.”

The fight over the issue reflects commonplace battles over ideology versus electability, Natasha Chart, a leading feminist voice against the transgender ideology, told Breitbart News:

But that’s not necessarily the mission of progressive activists. Their main mission — from what I have observed during the last few years — is mainly to recruit people to extremist positions that are not popular with the voters and then take over the electoral apparatus for that cause so that there really isn’t a choice [during elections] …

[They will tell voters] “Where else are you going to go? You disagree with these other people [Trump] so much — whom we’re also going to tell you are fascists who will round you up and put you in camps — that you can’t possibly vote for them. That would be like voting for fascists. So you have to stick with us.”

“Coalition politics is probably the nicest way to refer to it — I think you could also probably call it moral blackmail,” Chart added.

The progressive groups do not suggest that their cause — opposition to the public’s recognition of sexual differences — is popular among swing voters.

Instead, the progressives make a starkly ideological claim on behalf of the roughly one percent of the population that claims to be living as members of the opposite sex — no matter the impact on the other 99 percent of normal voters and children:

We support the full inclusion, protection, and celebration of transgender youth, including access to school facilities and extracurricular activities such as athletics, gender-affirming care, and inclusive curriculum, because all young people deserve safe, healthy, and inclusive environments. Transgender and non-binary youth deserve the chance to succeed and thrive like any other child.

In practice, the transgender agenda demands an intrusive government that is eager to punish any individual, civic or legal recognition of the biological differences between women and men, mothers and fathers, or boys and girls.

Many polls show that the transgender demand is deeply unpopular, especially in sports and K-12 schools, and especially among the suburban women who would prefer to vote for the Democratic Party’s civic and economic policies. The issue helped the GOP win the Virginia governorship in 2021, and is increasingly being touted by House GOP campaigns.

A parent in @barrington220 revealed at a meeting this week that her child’s 6th grade teacher assigned the pornographic book “Gender Queer” as summer reading for 11-year-olds. pic.twitter.com/aKFVMPJkkn