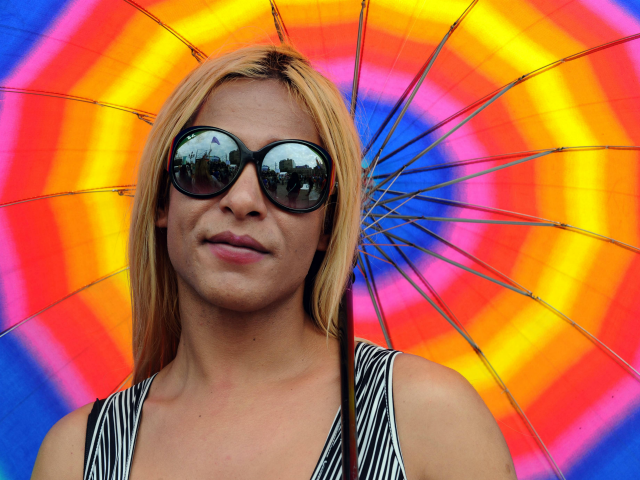 UK Equalities Minister Penny Mordaunt has ordered an investigation into the immense rise in girls claiming to be uncomfortable with their biological sex and seeking gender reassignment.

“There has been a substantial increase in the number of individuals assigned female at birth being referred to the NHS,” said a Government Equalities Office source. “There is evidence that this trend is happening in other countries as well. Little is known, however, about why this is and what are the long-term impacts.”

The Daily Mail reports some therapists say the rise is associated with mental health issues – the same ones underlying the self-harm epidemic –  that become sensationalized on social media.

At last. It’s happening. Nothing will be able to stop it now. https://t.co/hm82FMA02t

In a recent study, Dr. Lisa Littman, assistant professor of behavioral and social sciences at Brown University in Rhode Island, set out to learn more about why the number of adolescent girls identifying as gender dysphoric at Britain’s Gender Identity Development Service had increased so dramatically.

The researcher said she had observed teens without a history of gender dysphoria – a clinical term describing psychological discomfort caused by a sense one’s gender is incompatible with one’s biological sex – were “coming out” as transgender “after a period of immersing themselves in niche websites after similar announcements from friends.”

Littman refers to this phenomenon as “rapid-onset gender dysphoria (ROGD)”:

The onset of gender dysphoria seemed to occur in the context of belonging to a peer group where one, multiple, or even all of the friends have become gender dysphoric and transgender-identified during the same timeframe. Parents also report that their children exhibited an increase in social media/internet use prior to disclosure of a transgender identity.

For her study, Littman recruited 256 anonymous parents of children – who suddenly became gender dysphoric in adolescence – to participate in an online, 90-question survey.

Parental responses showed 87 percent of the teens announced they were transgender after increased time on social media and/or after “cluster outbreaks” of gender dysphoria in their groups of friends. Responses indicated most children who “came out” as transgender became increasingly popular as a result of their announcement.

Additionally, nearly two-thirds of the girls whose parents participated in the survey had already been diagnosed with at least one psychiatric developmental disorder prior to the onset of the gender dysphoria. For example, nearly half of the children had already attempted to harm themselves or had experienced a trauma.

“Peer contagion has been associated with depressive symptoms, disordered eating, aggression, bullying, and drug use,” Littman pointed out as well.

The majority (76.5%) of the surveyed parents felt that their child was incorrect in their belief of being transgender. More than a third (33.7%) of the AYAs asked for medical and/or surgical transition at the same time that they announced they were transgender-identified. Two thirds (67.2%) of the AYAs told their parent that they wanted to take cross-sex hormones; 58.7% that they wanted to see a gender therapist/gender clinic; and 53.4% that they wanted surgery for transition. Almost a third (31.2%) of AYAs brought up the issue of suicides in transgender teens as a reason that their parent should agree to treatment. More than half of the AYAs (55.9%) had very high expectations that transitioning would solve their problems in social, academic, occupational or mental health areas. While 43.9% of AYAs were willing to work on basic mental health before seeking gender treatments, a sizable minority (28.1%) were not willing to work on their basic mental health before seeking gender treatment. At least two parents relayed that their child discontinued psychiatric care and medications for pre-existing mental health conditions once they identified as transgender.

Transgender activists have condemned the study, leading Brown University to censor it after it “heard from Brown community members expressing concerns that the conclusions of the study could be used to discredit efforts to support transgender youth and invalidate the perspectives of members of the transgender community.”

Nevertheless, Dr. Lucy Griffin, a consultant psychiatrist at Bristol Royal Infirmary, said she has been ‘extremely worried’ about the long-term effects of the puberty blocking drugs used on adolescents who say they want to transition, reports the Daily Mail.

Griffin warned the drugs can cause infertility, osteoporosis and sexual dysfunction.

In Rocklin, California, endocrinologist Dr. Michael Laidlaw told Breitbart News the long-term consequences of the hormone treatments used for young people with gender dysphoria can be disastrous. Yet, at their current ages, these children and adolescents are cognitively unable to comprehend these dire consequences.

Like Griffin, Laidlaw said the puberty blockers can cause infertility and lead to osteoporosis.

“Most of the children – in one study 100 percent of kids administered biological puberty blockers – went on to have cross-sex hormones [testosterone and estrogen) – which means you will remain sterile,” he added.

Laidlaw said more children are being placed on these dangerous hormone treatments, even though “63 to 98 percent of children who have gender dysphoria or gender identity disorder, by the time they reach adulthood will have grown out of it.”