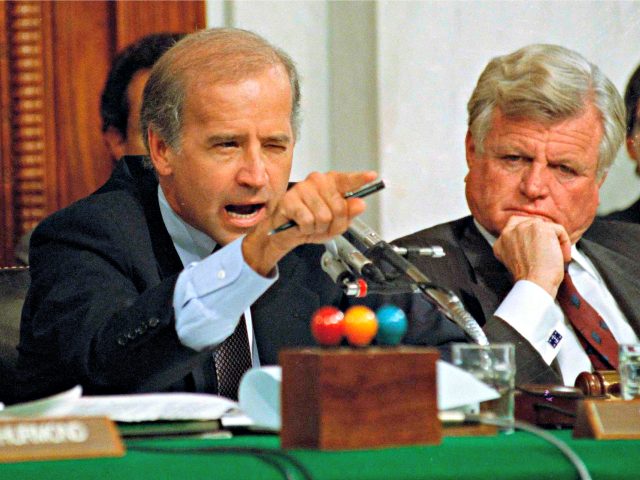 Joe Donnelly’s decision to vote against Judge Kavanaugh is a profound betrayal and Indiana voters will remember this at the ballot box in November. Instead of standing with Hoosiers – who showed their trust in President Trump to nominate Supreme Court justices when they elected him by a 19-point margin – Donnelly caved to pressure from Chuck Schumer, Dick Durbin and the radical abortion lobby.

Donnelly, who claims to be pro-life, announced his decision Thursday, stating he had “deep reservations” about Kavanaugh’s nomination. He criticized Senate majority Leader Mitch McConnell for not agreeing to an FBI investigation of Kavanaugh, though in 1991, then-Sen. Joe Biden (D-DE) told the Senate Judiciary Committee twice that an FBI investigation was worthless as a determination of the facts:

The last thing I will point out, the next person who refers to an FBI report as being worth anything, obviously doesn’t understand anything. FBI explicitly does not, in this or any other case, reach a conclusion, period. Period.

The reason why we cannot rely on the FBI report [is] you would not like it if we did because it is inconclusive. They say, ‘He said, she said, and they said.’ Period.

“So when people wave an FBI report before you, understand they do not, they do not reach conclusions,” Biden said.

“Joe Donnelly is about to make the biggest mistake in his career if he does not change his mind – which he still has some days to do,” Father Frank Pavone, national director of Priests for Life told Breitbart News in a statement. He added:

For one thing, any senator who votes “No” on Judge Kavanaugh will be legitimizing the most shameful smear campaign ever to occur in American politics, and discouraging every future nominee from saying “Yes” to the call to serve in the federal court system.  And another reason this is a mistake for Senator Donnelly is that I will personally – and without apology or ambiguity – use all my communication platforms to urge every voter within my reach in the state of Indiana to vote against him in November.

Dannenfelser also said the SBA List field team “has spent months on the ground in Indiana where we will be active through Election Day, reaching out to pro-life voters who don’t always get to the polls, as well as persuadable Democrats, Independents, and Hispanic voters.”

Donnelly is facing off against Hoosier businessman Mike Braun in a competitive race in November.

“Donnelly’s decision to oppose President Trump’s highly qualified nominee is a grave mistake, but proves he is more concerned with standing with his liberal Democrat leaders than standing for Hoosiers,” Braun said. “I continue to strongly support Judge Kavanaugh’s confirmation to the Supreme Court.”

SBA List’s ground activity is part of an historic effort to visit more than two million homes across the battleground states of Indiana, Ohio, Florida, Missouri, West Virginia, North Dakota, and Montana ahead of Election Day 2018.