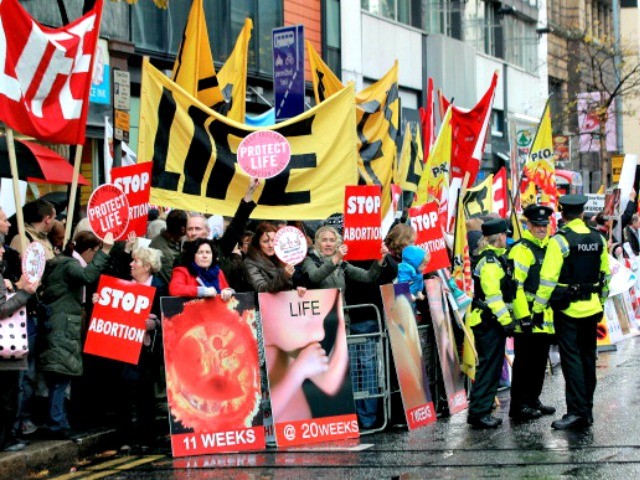 National pro-life leaders are congratulating Brett Kavanaugh for withstanding intense vitriol from left-wing activists as he persevered to his confirmation by the U.S. Senate Saturday.

“This confirmation journey has been unlike anything I have ever witnessed,” said Penny Nance, CEO and president of Concerned Women for America Legislative Action Committee. “What we saw play out over the last month was nothing more than an outrageous display of partisanship at the cost of a good man’s reputation. But at the end of the day, truth and justice were victorious.”

Justice Kavanaugh, thank you for not giving up. We are praying for you and your beautiful family. You made a choice to sacrifice yourself for the good of this nation, and the American people saw that. There is no one more qualified or worthy to sit on this esteemed bench at this time.

Marjorie Dannenfelser, president of the Susan B. Anthony List, remarked on the significance of Kavanaugh’s confirmation:

The balance of the Supreme Court has shifted back toward one that respects the will of the voters expressed through their representatives – a resounding victory for American people, who overwhelmingly trusted President Trump to choose Supreme Court nominees. As Justice Kavanaugh takes his seat on the bench of the nation’s highest court alongside Justice Neil Gorsuch, we are confident he will continue to rule with the same fairness and independence that have characterized his entire legal career.

“March for Life is grateful to Justice Kavanaugh and his family for persevering through this most difficult confirmation process,” said Jeanne Mancini, president of the group

“We look forward to Justice Kavanaugh’s tenure on the bench and the impact his dedicated public service will have towards creating a country where every human life is valued and protected equally under the law,” she added.

The leaders made a point of thanking the senators who voted to confirm Kavanaugh.

“Today the Senate did its job, refusing to be held hostage to political games and unfounded accusations, and advancing this highly qualified nominee,” said Kristan Hawkins, president of Students for Life of America.

Hawkins added that the Supreme Court “needs judges committed to the rule of law, not political activism.”

Nance particularly extended her thanks to Maine Sen. Susan Collins – who often has been at odds with the pro-life base of the Republican Party because of her support for Planned Parenthood and its taxpayer funding.

“To the senators who endured threats for doing what is right, thank you,” Nance said. “Thank you to Sen. Susan Collins who stood up for all women in that historic speech yesterday. To the staff on the hill who dealt with angry mobs at your desks, thank you.”

Father Frank Pavone, national director of Priests for Life, said the senators who voted to confirm Kavanaugh “have done the right thing by placing such an eminently qualified judge, with such an impeccable record, on the High Court.”

“This is truly a great day for America, and brings the judiciary closer to what the founders intended,” he added, “A branch of government that applies the Constitution and the laws, rather than re-writing them.”

This confirmation process was the low point in American politics, and placed on full display the way that today’s Democrat party is willing to engage in character assassination, distortion of one’s record, and childish smear tactics in order to advance its political agenda. It was and should remain profoundly disturbing that so many in public offices have discarded the basic legal premise of innocent until proven guilty.

“Thank you, President Trump, for choosing such an outstanding and exemplary nominee,” said Nance.

Mancini echoed her gratitude to Trump “for delivering on his campaign promise to nominate a fair and independent judge who faithfully adheres to the Constitution.”

Pavone added he is “grateful to President Trump for nominating Judge Kavanaugh and standing with him.”