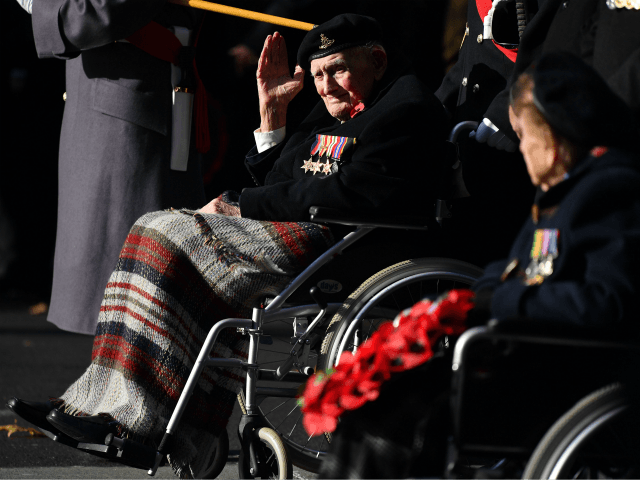 Aaron Bastani, a Labour Party member and media talking head, launched an astonishing attack on the Poppy Appeal, the Royal British Legion, and the Invictus Games ahead of the First World War centenary.

The Novara Media co-founder and frontman denounced the Poppy Appeal, a fundraising initiative instituted in the wake of the Great War to help ex-servicemen and their families, as “grotesque… it has a kind of triumphalist militarism to it, which a) doesn’t really fit with Britain’s military position in the world anymore, and b) it’s just like… I mean, it’s racist, right? It’s white supremacist, I think.”

Bastani, a committed leftist who has authored a manifesto titled Fully Automated Luxury Communism, also took aim at the Royal British Legion charity, branding it a “joke” and a “failure” which should either transform itself into a lobby group for increased welfare spending or “disband, sell its assets and give the proceeds to those living on the streets.”

He also took aim at the Invictus Games — a military charity for wounded veterans without any strong association with the Poppy Appeal — as a “bizarre ersatz Olympic Games for military veterans which is effectively a sort of weird PR for the Royal Family”.

“Fuck off the Invictus games, get rid of it, [and] close down the Royal British Legion,” he demanded.

It seems @AaronBastani is accusing people of “libel” who report he said:
“Close down the British Legion”
The Poppy Appeal is “Racist, it’s white supremacist”
“Fuck off the Invictus Games”
And mocked someone from a council estate who honored the dead.

So here’s him doing all that pic.twitter.com/7iHSIiqv1D

Some figures in the Labour Party made a show of disavowing Bastani, although most seemed reluctant to suggest expelling the Corbyn loyalist from the party.

The left-wing opposition party’s current leadership could find themselves in difficulty if they made any serious efforts to denounce the pundit, given they have not always been particularly supportive of the Armed Forces themselves.

Diane Abbott, Corbyn’s Shadow Home Secretary and alleged lover, once declared that “every defeat of the British state is a victory for all of us” in the context of Northern Ireland, at a time when the Provisional Irish Republican Army (IRA) was waging a sustained campaign of terror bombings and assassinations against British servicemen, police officers, politicians, and civilians — despite a clear majority of the Province’s residents supporting the Union with Great Britain.

Corbyn’s Shadow Chancellor and right-hand man John McDonnell, told Irish nationalists that he believed the “ballot, the bullet and the bomb” could unify the island in 1986, and that it was “about time we started honouring those people involved in the armed struggle” in the early 2000s.

Corbyn himself invited convicted IRA terrorists to Parliament just weeks after the group bombed a Tory party conference, and petitioned Downing Street on behalf of Hugh Doherty — a member of the Balcombe Street gang which carried out 50 bombings and shooting in the south-east of England in the 1970s.

All told, the IRA is thought to have killed around 1,800 civilians, police officers, and military personnel.