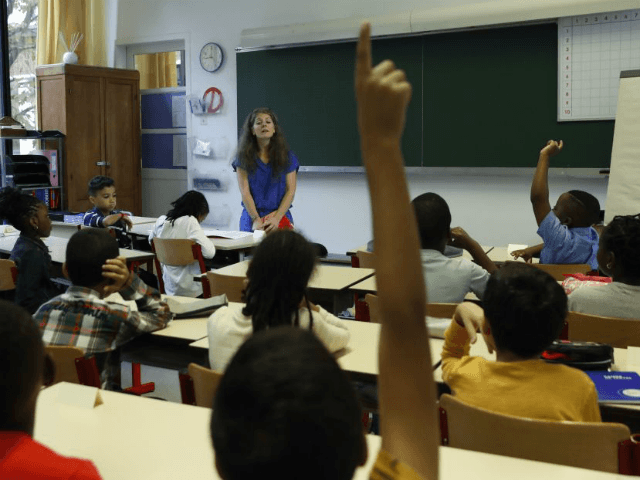 California charter schools are now required to teach comprehensive sex ed, thanks to the efforts of Planned Parenthood, the ACLU, and Act for Women and Girls.

“The new law is a win for local advocates pushing to get sex-ed into all Central Valley classrooms,” reports the Visalia Times-Delta.

Planned Parenthood Affiliates of California — which promoted the sex ed legislation — is calling for supporting all women who say they have been sexually abused, including Christine Blasey Ford, Deborah Ramirez, and Anita Hill:

“Comprehensive sexual health education promotes healthy relationships, gender equality, safer sex, and bodily autonomy,” said Crystal Strait, CEO of Planned Parenthood Affiliates of California. “With the signing of AB 2601, hundreds of thousands of additional young Californians will have access to the curriculum to help keep them healthy and safe.”

A tweet by the ACLU of California Center for Advocacy and Policy (CAP) features a quote from Wendy Calimag, a California charter school parent, who speaks about why she endorsed comprehensive sex ed.

“Due to the passage of AB 2601, my daughter & other charter school students will have access to sex education, which is so critical in this time of attacks on reproductive health,” Calimag said.

Thank you @JerryBrownGov for signing @AsmShirleyWeber‘s #AB2601 into law! Now all charter school students will get equal access to the comprehensive sexual and reproductive health education they need to lead healthy lives. pic.twitter.com/SUhOfcXNFP

Ensure that all pupils in grades 7 to 12, inclusive, receive comprehensive sexual health education and HIV prevention education, as specified. By imposing additional requirements on charter schools, this bill would impose a state-mandated local program.

“We are thrilled that all students, regardless of the school they attend, will receive adequate and comprehensive reproductive health education that will enable them to make the best decisions for their life and future,” said Sarah Hutchinson, Act for Women and Girls policy director. “It means a lot to our communities that California is setting an example for the nation by prioritizing the health and dignity of young people’s lives and experiences.”

In April, parents across the nation pulled their children out of school to protest comprehensive sex education programs that have become steeped in gender ideology and promotion of abortion by LGBT advocacy groups and Planned Parenthood.

Planned Parenthood’s Get Real program is a Comprehensive Sex Education (CSE) curriculum that assumes all young people will be sexually active. In addition to teaching children about contraception and abortion, the program focuses on LGBTQ issues and terminology.

In Grade 6, the Get Real curriculum says it introduces students to the “key Social and Emotional Learning (SEL) skills” they will supposedly need to be able to discuss sexual relationships and how to avoid pregnancy and sexually transmitted infections.

According to the program’s table of contents, in Grade 7, students also discuss sexual identity and “examine the myths and facts about sexual orientation.” They also learn how to use a condom and review the use of hormonal contraception, including emergency contraception after sexual intercourse.

Abby Johnson, former Planned Parenthood health center director-turned pro-life activist, told Breitbart News, “If you go to Planned Parenthood’s social media accounts, you will see post after post about their desire to push their sex education on children. And that is why they still exist. They sell a product to our young people.”

Johnson, who founded And Then There Were None (ATTWN), an organization that helps abortion workers leave their jobs, said Planned Parenthood actually discourages children from talking to their parents about sex.

Monica Cline, another former Planned Parenthood health educator who left her position, told Breitbart News that, in hindsight, she views Planned Parenthood’s sex education as “very similar to how pedophiles prepare children for them to have sex with them. You start to break down their natural inhibitions.”

“One of the first exercises in comprehensive sex education—and you see this across the board in all the comprehensive sex education courses that you’ll find in any public school—is that you start to try to break the ice by asking the kids to tell you all the slang words that they know about sex or body parts,” Cline explained. “And they giggle, and they’re nervous, and you can tell that they’re inhibited, but they start to break down that barrier, those inhibitions.”

Although charter schools are generally operated by private organizations with their own self-appointed school boards, they are nevertheless public schools that receive funding from the state. Consequently, they can be required to fulfill mandates that are required of regular public schools, though they have some flexibility in terms of choice of curriculum.

The California Healthy Youth Act, which was enacted in 2016, mandates that public school students receive sex education once during middle school and once in high school. Topics covered must include preventing unintended pregnancy, sexually transmitted infections, and gender and sexual orientation. The new law extends the mandate to charter school students.

“Using smutty language and imagery to taint the minds of elementary school children—or any age students for that matter— is wrong,” he wrote.