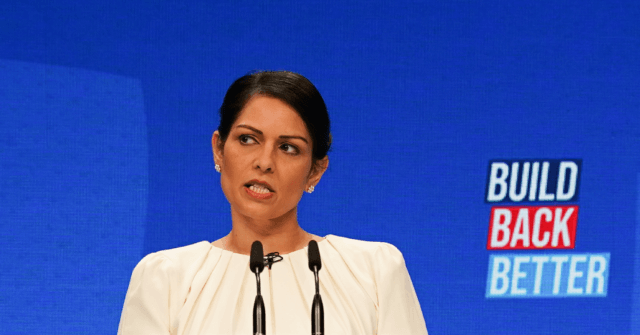 Three days after the suspected Islamist-inspired killing of British MP Sir David Amess, Home Secretary Priti Patel has suggested the incident could usher in restrictions on anonymity on social media to combat “cruel comments and attacks” on politicians from anonymous users.

Appearing on Sky News’ Trevor Phillips On Sunday programme, Priti Patel said that she will “look into everything” including the end of anonymity online after the killing of Sir David.

“I’ve done a lot of work on social media platforms, mainly around encryption and areas of that nature.”

The Home Secretary added that the country cannot “carry on like this,” continuing: “I spend too much time with communities who have been under attack, basically who have had all sorts of postings online and it is a struggle to get those posts taken down.

“We want to make some big changes on that.”

Patel argued that social media was at the heart of the increasingly contentious political landscape in Britain, saying that MPs are subject to relentless “cruel comments” and “attacks” online.

The long-proposed Online Harms Bill, which is still being debated in Parliament, has also sought to introduce controls on social media, including on supposed “disinformation” and “trolling”.

The government is also seeking to impose penalties on tech firms that fail to police the speech codes which are already in place in Britain, where freedom of speech only now exists on paper, for the most part.

The attacker was a jihadi. This has nothing to do with Twitter anonymity; everyone on this website knows that verification is no guarantee of civility. This government always treats the symptom, never the cause. https://t.co/LelKmw60mc

Should the British government enact an end to online anonymity it would follow in the footsteps of Communist China, in which social media accounts are typically tied to a person’s phone number and government ID.

In 2017, the Cyberspace Administration of China enacted a policy that requires identity cards to be scanned as a prerequisite for posting online.

Commenting on the law prior to its enactment, an anonymous poster from the south-western city of Chongqing said: “This will lead to a lot of people not daring to speak the truth because they risk being invited to tea if they tell the truth! … Should we not talk about affairs of state?”

The phrase “invited to tea” is internet slang in China for a visit from the state security police.

Speaking on the dangers of such a move, Labour MP Lisa Nandy told the BBC’s Andrew Marr programme on Sunday: “I work with a lot of people, whether it is the women of Belarus or the pro-democracy campaigners in Hong Kong, whistleblowers as well – people for whom anonymity on social media can be life-saving.”

Indeed, during the protests in Hong Kong, activists flocked to encrypted messaging services — which the UK government has also attacked — including WhatsApp and Telegram in order to organise anonymously without facing reprisals from the dictatorship in Beijing.

The end to anonymity would also likely usher in a chilling effect on free speech, as many citizens use anonymous accounts in order to express opinions that may be outside the mainstream of political discourse, which if made public could jeopardise their jobs or their standing in society.

When asked if she will consider legislation removing anonymity on social media, Priti Patel says the government will “look at everything”