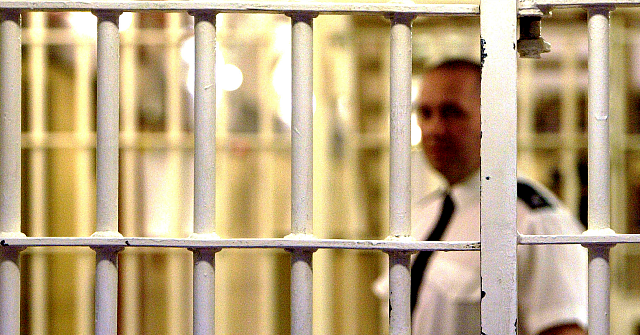 Prison guards are in “constant threat” of being beheaded by Islamist inmates who want to stream the murders online.

The Prison Officers’ Association (POA) said that the threat was at its highest ever level, with chairman Mark Fairhurst remarking that increasingly, “people incarcerated for extremist crimes are more violent and more radicalised”.

“We had intelligence passed on to us that the threat of radicalisation and attacks on prison staff was real and was imminent, and the intention of Jihadi extremist offenders — as highlighted by the Whitemoor attack — is to take a prison officer hostage, behead them and somehow screen that online via the use of a mobile phone.

“If you look at the tactics of extremist offenders, that is always a constant threat; a constant concern,” Mr Fairhurst said, according to the BBC on Thursday.

The POA chief made the remarks after two inmates of Her Majesty’s Prison (HMP) Whitemoor were found guilty last week of attempted murder after trying to stab a guard to death in January.

Brusthom Ziamani, 25, was already serving time for terrorism offences while his accomplice Baz Hockton, 25, was a Muslim convert, radicalised in prison after being jailed for robbery.

London Bridge terror attacker Usman Khan had been released on licence in 2018 from Whitemoor. During the November 2019 attack, Khan had killed two people who were facilitating the prisoner rehabilitation programme he was attending. Usman’s own lawyer claimed that he had been fooled into believing his client was reformed.

A report from Kings College London found that British jihadists were using the Islamic concept of “taqiyya” — “false compliance” — to pretend to be deradicalised during government programmes in order to secure their release from prison. The report even noted that Khan “was considered a success story of an extremist turning their life around”.

Earlier this year, Prime Minister Boris Johnson admitted that “really very few” Islamists can be rehabilitated, and that the “custodial option” should be used to its fullest extent to protect the public.

“Deradicalising people is a very, very difficult thing to do… [there is] a big psychological barrier people find it hard to get back over — and that’s why I stress the importance of the custodial option,” Prime Minister Johnson had said.