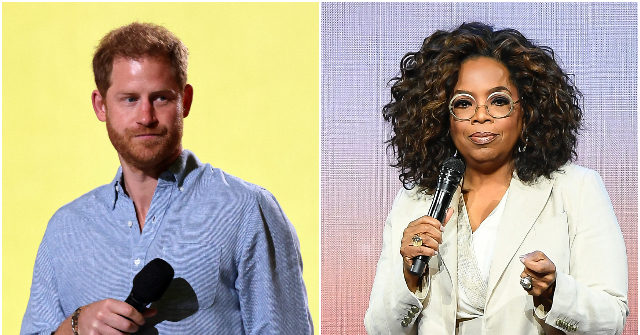 Prince Harry’s long-planned AppleTV+ series with Oprah Winfrey will finally air later this month, Winfrey has confirmed, after reports the pair had delayed its debut after a string of setbacks.

Winfrey chose a recent appearance opposite psychiatrist Dr. Bruce D. Perry on The Drew Barrymore Show to make public some of the details behind the show, according to the Independent.

“I want to just say that Dr. Perry and I have also, for the past two years, along with Prince Harry and Apple, we’ve been working on this mental health series that’s coming out in May on Apple,” she said.

The announcement of the duo’s partnership was initially made in April 2019 via a post shared to the official Instagram account for the Duke and Duchess of Sussex. It follows their other pushes into the public domain offering advice and guidance from their new Los Angeles home.

Prince Harry Makes Climate Plea: ‘What If Every One of Us Was a Raindrop?’ https://t.co/fy5Q2mCmCc

“The dynamic multi-part documentary series will focus on both mental illness and mental wellness, inspiring viewers to have an honest conversation about the challenges each of us faces, and how to equip ourselves with the tools to not simply survive, but to thrive,” the caption read at the time.

“This commitment builds on The Duke of Sussex’s long-standing work on issues and initiatives regarding mental health, where he has candidly shared personal experience and advocated for those who silently suffer, empowering them to get the help and support they deserve.”

Harry has also been an advocate on climate matters, flying around the world to offer insights on how to save the planet from what he sees as an approaching “climate catastrophe.”

A report by the Sun in January suggested the series was originally slated for broadcast in fall 2020 but coronavirus restrictions and Harry’s exit from the Royal Family and move to the U.S. with Meghan Markle, 39, slowed production development.

News of the debut series comes just weeks after Prince Harry announced his new job as the first chief “impact officer” of a San Francisco startup that combines coaching and computing to benefit employee mental health, as Breitbart News reported.