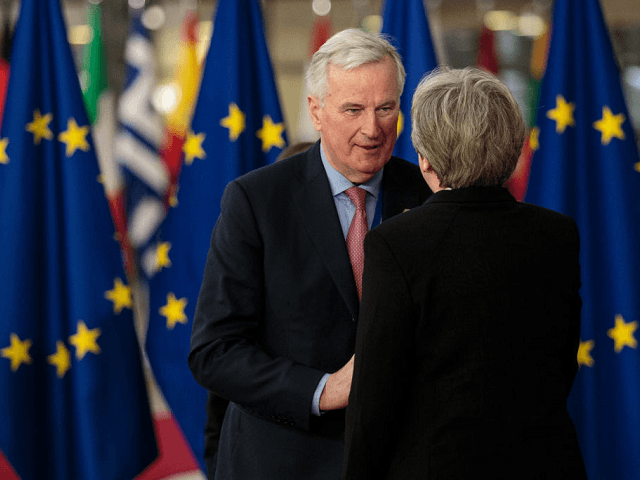 A “technical level” Brexit deal has been struck between the United Kingdom and the European Union, Britain’s state broadcaster reported Tuesday afternoon, leading Prime Minister Theresa May to summon her cabinet to Downing Street to buy into the agreement before it is revealed to the British public.

Just hours after the Cabinet — the group of senior politicians which form the heads of the British government — had their weekly meeting at the Prime Minister’s residence on Downing Street, London, on Tuesday morning, individual members were summoned by PM Theresa May again, according to reports.

British tabloid newspaper The Sun claimed every member of the cabinet was due to have a private meeting with the Prime Minister over Tuesday evening ahead of a special all-cabinet meeting to discuss the Brexit deal on Wednesday morning.

The content of the deal is presently unknown, but Brexiteers in Parliament have recently expressed concerns that the deal as discussed in Brussels by EU negotiators would be little more than a Brexit in Name Only (‘Brino’), with Britain as a rule taker, not rule maker within the Union. Brussels’ intransigence over technical points regarding the United Kingdom’s land border with the Republic of Ireland has been blamed for these difficulties, with Brexiteers saying the matter has been deliberately played up to frustrate the Brexit process.

Under present understanding, Britain would be held within the European Union’s rules and regulations years after the official 2019 Brexit date and would be unable to leave without permission from Brussels.

Ministers may yet resign from the government over the proposed deal — both Brexiteers over it keeping Britain inside the European Union’s institutions and rules, and remainers because it changes Britain’s relationship at all. Labour MPs and Tory rebels are also expected to vote against any move by the government to unilaterally remove the UK from the EU, further binding the Prime Minister’s hands.

The State of Brexit: Where EU Negotiations Stand as Deal Deadline Looms https://t.co/tIA3LxpYX9

The surprise news that an agreement had been reached and was ready to be presented to the cabinet came less than 24 hours after claims that EU chief negotiator Michel Barnier had attempted to use underhand tactics to “bounce” Theresa May into a deal. Speaking at a City of London dinner Monday night, the Prime Minister said “Overwhelmingly, the British people want us to get on with delivering Brexit, and I am determined to deliver for them.

“I want them to know that I will not compromise on what people voted for in the referendum. This will not be an agreement at any cost.”