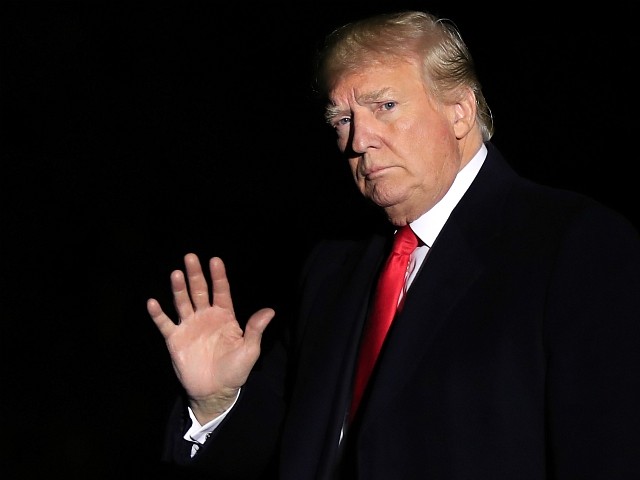 Neither Trump nor first lady Melania Trump will be at the Dec. 2 event, Stephanie Grisham, the first lady’s director of communications, said Tuesday.

Grisham also told The Associated Press that it was “not likely” any new winners of the National Medal of Arts, National Humanities Medal or National Medal of Science would be announced before the end of the year. She said the remaining weeks of 2018 are “the busiest time of the year for the East Wing.”

The announcement continues the Trump administration’s unprecedented distance from the arts and science communities. No arts or humanities medals have been announced or handed out since September 2016, when Barack Obama was president — the longest gap by months since the awards were established in the mid-1980s. No science medals have been given since May 2016.

A former head of the National Endowment for the Arts, which oversees the nominating process for the arts medal, said he was dismayed.

“The current administration’s disregard for culture and scholarship, as well as presidential tradition, is an embarrassment,” Dana Gioia, chairman of the NEA from 2003 to 2009, told the AP.

Other presidents, including Bill Clinton and Jimmy Carter, have missed Kennedy Center ceremonies. Trump is the first to miss them twice. Grisham cited scheduling conflicts: Trump is expected to attend the G20 summit in Argentina at the end of the month. Had he gone to the Kennedy Center, it’s unlikely he would have been warmly welcomed by at least some of the honorees, who include Cher and “Hamilton” playwright Lin-Manuel Miranda, both sharp critics of the president.

Last year, honoree Norman Lear said he would boycott the event if Trump was there. The White House then announced the president and first lady would not be going “to allow the honorees to celebrate without any political distraction.”

The absence of arts and science medals isn’t because nominees haven’t been submitted to the White House. According to emails obtained by the AP through the Freedom of Information Act, the National Endowment for the Arts and the National Endowment for the Humanities have continued to duly solicit candidates for the medals and compile proposed winners. The White House traditionally approves and announces them, and the president presides over a ceremony shortly afterward.