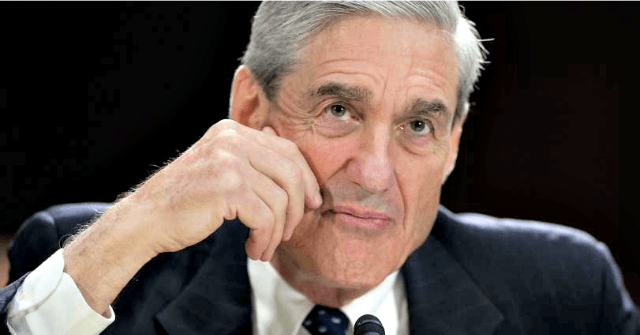 The president is expected to hold the rally in Greenville, North Carolina – a key state in his reelection bid.

“President Trump looks forward to returning to North Carolina and sharing the successes of the Trump presidency,” the Trump campaign’s Chief Operating Officer Michael Glassner said, according to the Hill.

“North Carolina has one of the hottest economies in the nation, and that is directly attributable to the pro-growth, deregulatory policies of this administration,” Glassner continued.

“With one of the largest military populations in the nation, President Trump is eager to talk directly to the military men and women who have made this country the greatest on earth,” he added.

Trump beat Hillary Clinton in North Carolina by less than four points – 49.8 percent to her 46.2 percent.

Reps. Jerry Nadler (D-NY) and Adam Schiff (D-CA) subpoenaed Mueller June 25, despite the fact that Mueller stated he would not provide any information beyond what he has already said.

Pursuant to subpoenas issued by the House Judiciary and House Permanent Select Committee on Intelligence tonight, Special Counsel Robert S. Mueller III has agreed to testify before both Committees on July 17 in open session. Americans have demanded to hear directly from the Special Counsel so they can understand what he and his team examined, uncovered, and determined about Russia’s attack on our democracy, the Trump campaign’s acceptance and use of that help, and President Trump’s and his associates’ obstruction of the investigation into that attack. We look forward to hearing his testimony, as do all Americans.

During his May 29 press conference, Mueller expressed hope that it would be the only public remarks he would have to make on the investigation.

Now I hope and expect this to be the only time that I will speak to you in this manner. I am making that decision myself. No one has told me whether I can or should testify or speak further about this matter. There has been discussion about an appearance before Congress. Any testimony from this office would not go beyond our report. It contains our findings and analysis and the reasons for the decisions we made. We chose those words carefully and the work speaks for itself. And the report is my testimony. I would not provide information beyond that which is already public in any appearance before Congress.

The report found no evidence of collusion between the Trump campaign and Russia. While Mueller said during the press conference that he could not make a determination on obstruction of justice, he ultimately did not recommend charging Trump with such.

In essence, the investigation essentially cleared Trump on all allegations of wrongdoing that the media and left had been leveling against him publicly for years. But the Democrats in Congress have refused to let the dud of an investigation go, and have kept pushing for more.

Trump has continued to speak out against the “Witch Hunt,” declaring the “Great Hoax” dead.

“Robert Mueller is being asked to testify yet again. He said he could only stick to the Report, & that is what he would and must do,” the president tweeted Tuesday.

“After so much testimony & total transparency, this Witch Hunt must now end. No more Do Overs. No Collusion, No Obstruction. The Great Hoax is dead!” he declared.

Robert Mueller is being asked to testify yet again. He said he could only stick to the Report, & that is what he would and must do. After so much testimony & total transparency, this Witch Hunt must now end. No more Do Overs. No Collusion, No Obstruction. The Great Hoax is dead!