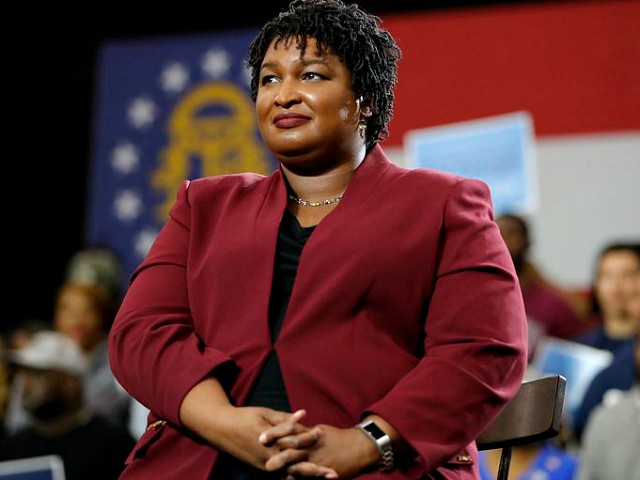 During a rally on Sunday, President Donald Trump warned Georgians, “If Stacey Abrams gets in, your Second Amendment is gone.”

Trump made this statement the same day in which Stacey Abrams admitted that her gun control plans could require people to “turn their guns in.” She told CNN’s Jake Tapper that “AR-15s are not necessary on our streets” and called for more gun controls on “semiautomatic weapons” in general.

NBC News reports that Trump warned Georgians, “If Stacey Abrams gets in, your 2nd Amendment is gone. Stacey Abrams is one of the most extreme, far-left politicians in the entire country.”

On October 31, Breitbart News reported that Abrams described AR-15s as “weapons of mass destruction,” then stressed that they should be banned.

During a guest appearance on The View, Abrams said, “I believe in a background check. I believe in a three-day waiting period. I believe that those who commit domestic violence and stalking should not have access to weapons.”

Abrams indicates it is yet to be decided how her ban on commonly owned semiautomatic firearms would play out. She told Jake Tapper that it is unclear whether there would be a way of “grandfathering in” previously owned firearms, or if there would be buybacks, or if people would simply have to “turn their guns in.”