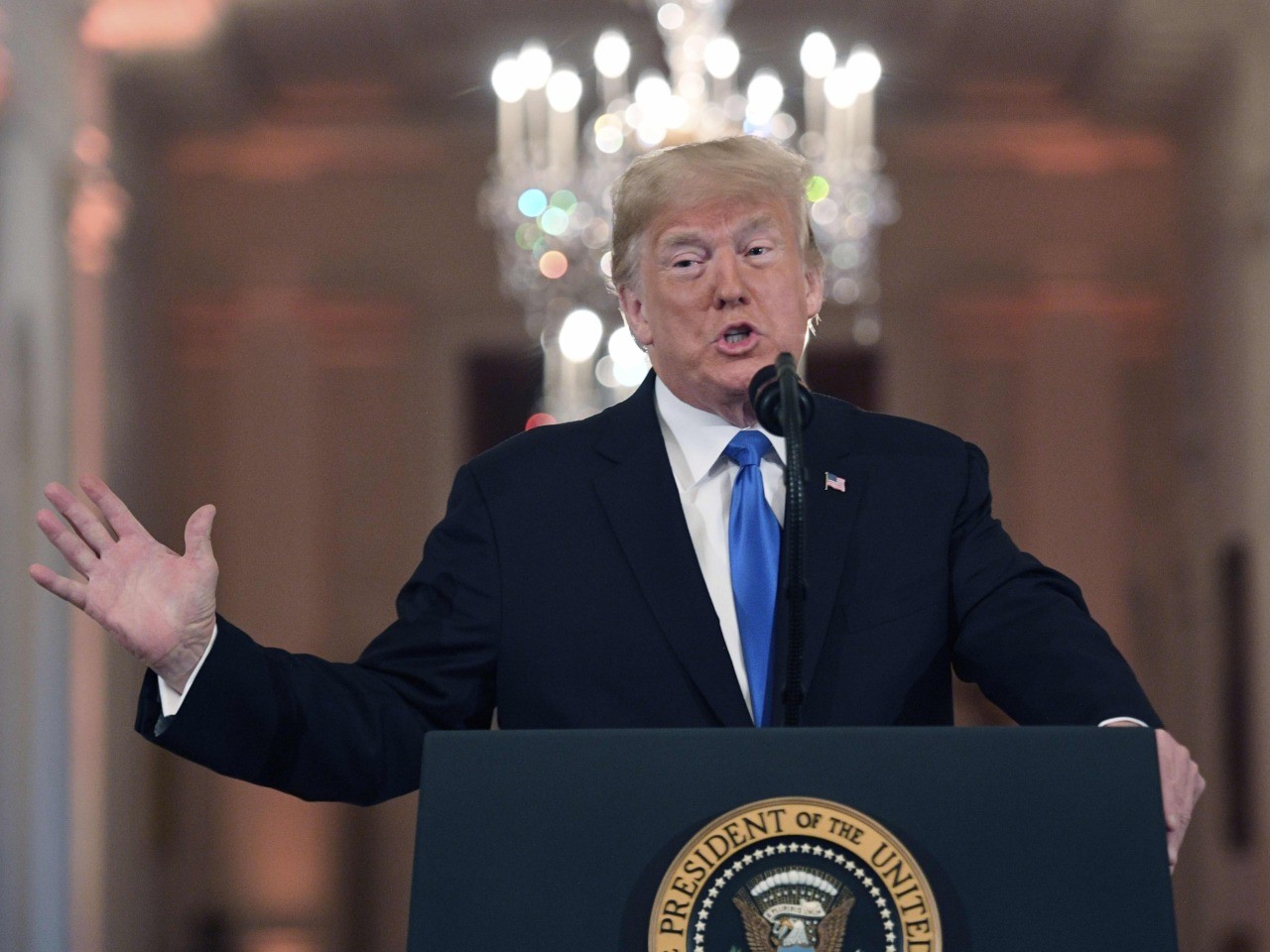 President Donald Trump described the results of Tuesday’s midterm elections as the best possible outcome for the country on Wednesday morning, noting that a slim Democratic majority in the U.S. House would make it easier for him to achieve deals on big issues.

Speaking to the press from the East Room of the White House, Trump added that a slim Republican majority would have given small dissenting factions the ability to stop the legislative process. He also suggested Democrats should take the legislative initiative on policy:

So if the Republicans won, and let’s say we held on by two or one or three, it would have been very hard, having that many Republicans, to ever even get support among Republicans. Because there’ll always be one or two or three people that, for good reason or for bad reason or for grandstanding — we have that, too. You’ve seen that. You’ve seen that — plenty of grandstanding. But for certain reasons, that many people, you’re always going to have a couple that won’t do it. So that puts us in a very bad position.

In other words, had we kept — and this is no — I’m saying this for a very basic reason. It’s common sense. It puts us in a very tough position. We win by one or two or three, and you’ll have one or two or three or four or five, even, come over and say, “You know, look, we’re not going to go along with this. We want this, this, this,” and all of sudden, we — we can’t even — we wouldn’t even be able to get it, in many cases, out of the Republicans’ hands before we sent it on to the Senate.

And now, we have a much easier path, because the Democrats will come to us with a plan for infrastructure, a plan for health care, a plan for whatever they are looking at, and we’ll negotiate.

So under the new concept of what we’re doing, I say, “Come on, let me see what you have.”

They want to do things.

So it really could be a beautiful, bipartisan type of situation. If we won by one or two or three or four or five, that wouldn’t happen, and the closer it is, the worse it is. This way, they’ll come to me, we’ll negotiate, maybe we’ll make a deal, maybe we won’t, that’s possible.

Trump’s approach would seem to echo that of President Bill Clinton, who reacted to the midterm election loss (of both the House and the Senate) in 1994 by reaching out to Republicans. Clinton struck deals on welfare reform and a balanced budget that stand as the great achievements of his presidency.

It is a sharp contrast to the approach taken by President Barack Obama, who stuck to his left-wing agenda after suffering massive losses in the 2010 midterms and again in 2014. Obama deliberately torpedoed a “grand bargain” on spending in 2011, then rejected the recommendations of his own bipartisan commission on debt reduction.

Trump’s analysis seemed a genuine conviction, more than a rationalization of disappointing House results. His comments mirrored those of cartoonist and pundit Scott Adams, who drew similar conclusions on Wednesday morning:

.@ScottAdamsSays declares last night’s results — Republicans keeping Senate, Democrats winning House — “The best-case scenario…the best set-up the country has ever had for a good result.” Lots of ways for both sides to win, to America’s overall benefit and Trump’s, too. #MAGA

Moreover, unlike Clinton who adopted the opposing party’s agenda, Trump still has leverage — through the Senate — to focus on his own policies while soliciting proposals from Democrats.

He also made it clear he intends to push back against Democrats if they tie his administration up in investigations by using the Senate to investigate them.