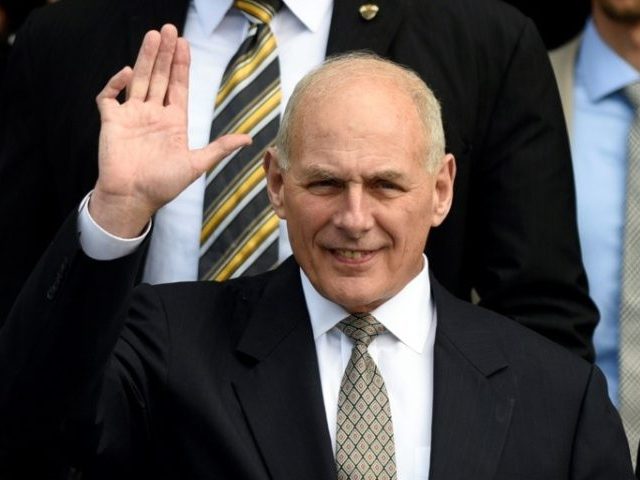 President Donald Trump confirmed on Saturday that John Kelly, a retired four-star Marine general, will be leaving his post as White House Chief of Staff at the end of the year.

Trump says chief of staff John Kelly will leave at the end of the year. Trump had previously said that Kelly agreed to stay on through at least 2020.

.@realDonaldTrump says chief of staff John Kelly will leave the White House at the end of the year

Kelly was expected to serve as Chief of Staff through the 2020 presidential election, when Trump will face voters again as he seeks a second term.

It is unclear who will replace Kelly, but a reported leading contender is Vice President Mike Pence’s chief of staff Nick Ayers. Other previously reported potential contenders include Wayne Berman, a top lobbyist at Blackstone, and David Urban, who served as the head of the Pennsylvania campaign for Trump in 2016.

President Trump made the announcement that Kelly will be gone by year’s end on the White House’s South Lawn on Saturday in a conversation with reporters.

Trump also announced on Saturday morning, via Twitter, his selection for the next Chairman of the Joint Chiefs of Staff of the U.S. Military, Army General Mark Milley.

I am pleased to announce my nomination of four-star General Mark Milley, Chief of Staff of the United States Army – as the Chairman of the Joint Chiefs of Staff, replacing General Joe Dunford, who will be retiring….

This all comes in the wake of Trump’s nomination of William Barr, the Attorney General during George H.W. Bush’s presidency, to succeed Jeff Sessions at the helm of the Department of Justice, and his selection of Heather Nauert–a former Fox News personality who also served as a State Department spokeswoman–as the next United Nations ambassador.

Kelly’s time as chief of staff has been marked by strife and division inside the White House. Various factions have privately–and sometimes publicly–bitterly fought, and Trump has bristled at Kelly’s management style. Kelly is Trump’s second chief of staff. His first, Reince Priebus, left in the middle of the first year of his presidency.