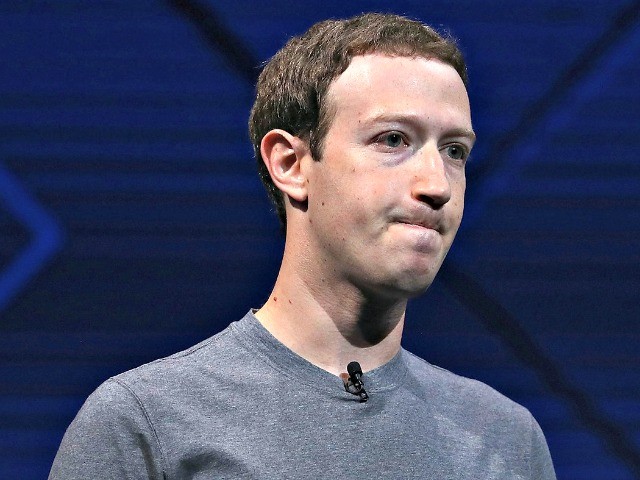 In a recent interview, President Donald Trump stated that his administration was “looking at” whether or not the Silicon Valley Masters of the Universe have violated antitrust laws.

Business Insider reports that during an interview with Axios’ Jonathan Swan and Jim VandeHei during the premiere of the website’s new HBO show, President Trump stated that the European Union’s recent $5 billion fine against Google for “denying rivals a chance to innovate,” made him consider whether investigating other tech companies such as Amazon, Facebook, Google, and Twitter for similar antitrust violations may be a good idea.

“You look at the European Union, they fined I guess it was Google, billions of dollars, and frankly I don’t like that they’re doing that because that’s an American company,” Trump said. “I don’t think it’s good that they’re doing that. But if anybody does that, it should be us doing it.” When asked by Swan if he would direct the Justice Department to investigate whether the companies had developed a monopoly, Trump stated that it was “certainly something we’re looking at.”

Trump was asked whether or not he would consider breaking the companies up, he replied that such a strategy had been discussed under other administrations but nothing had been done. Swan stated: “But you’re in charge now,” to which the President replied: “I am definitely in charge, and we are certainly looking at it.” The President clarified that his comment was in relation to antitrust proceedings against Google, Facebook, and Amazon.

“That doesn’t mean we’re doing it, but we’re certainly looking at it,” Trump said. “I think most people surmised that.” The President’s comments echo previous statements he’s made about tech firms and antitrust situations, in an interview with Bloomberg, Trump discussed the operations of the tech giants stating: “As you know, many people think it is a very antitrust situation, the three of them.”

President Trump: “I think that Google and Twitter and Facebook they’re really treading on very very troubled territory. And they have to be careful. It’s not fair to large portions of the population” pic.twitter.com/yK8Vg1iBJB

I think Google is really taking advantage of a lot of people, and I think that’s a very serious thing, and it’s a very serious charge. And I think what Google and what others are doing, if you look at what’s going on at Twitter, if you look at what’s going on in Facebook, they better be careful, because you can’t do that to people. You can’t do it. We have tremendous, we have literally thousands and thousands of complaints coming in, and you just can’t do that. So I think that Google and Twitter and Facebook, they’re really treading on very, very troubled territory, and they have to be careful. It’s not fair to large portions of the population, okay?

Google stock price is down approximately three percent today, trading at $1023.81 a share at the time of the writing of this article.