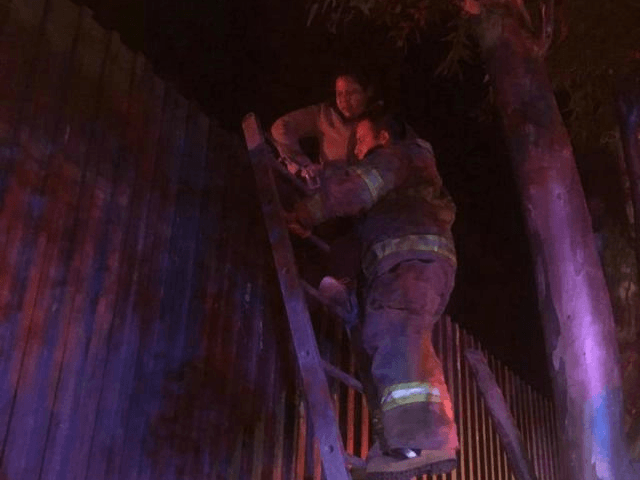 A pregnant, 19-year old-Central American migrant from Guatemala was rescued from the top of the border wall in Mexicali after becoming unable to safely continue to the U.S. side.

Firefighters in Mexicali responded to an emergency call on Wednesday regarding a woman stuck on the boundary separating Mexico and the United States. Jacqueline Daniela González Ramírez was attempting to illegally enter the United States with a group of migrants but was unable to climb down. Firefighters used a ladder to help her down safely. She was immediately arrested by Mexicali municipal police and then transferred to immigration authorities (Instituto Nacional de Migración).

Breitbart News reports extensively on the estimated 7,000 to 9,000-plus migrant caravan, which began in Honduras on October 12, 2018, and traveled through Guatemala to the United States border with Mexico. On November 14, nearly 400 migrants in eight buses were filmed traveling through the northern border state of Sonora, escorted by Mexican federal and state police. Approximately a day later, another 900 Central Americans in 22 buses passed through Sonora. Many in the migrant caravan stayed in Mexicali after the shelters of Tijuana were filled to capacity. Secondary camps were set up for those waiting to make an asylum request with U.S. Department of State. Mexicali is approximately 110 miles east of Tijuana.