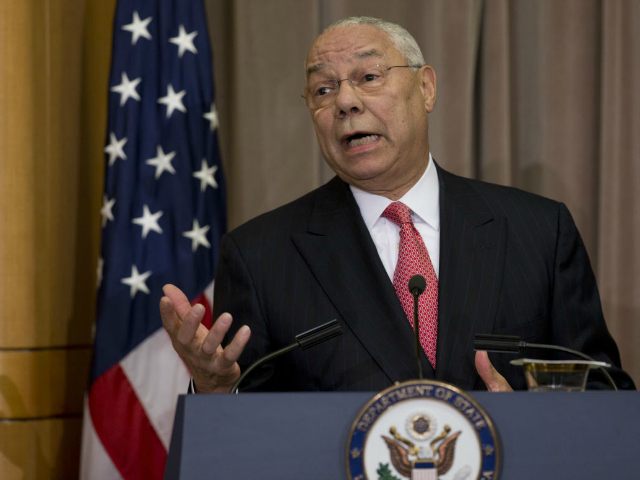 Powell said, “I never believed that the constitution was under threat until recently. I have concerns about that. We should all be attentive right now to how the rule of law is being administered in this country.”

He continued, We have a constitution. We have to follow that constitution. The president’s drifted away from it. I’m so proud of what these generals and admirals have done, and others have done.”

He added, “The first thing that troubled me is the whole birther movement. The birthers movement had to do with the fact that the president of the United States, President Obama, was a black man. That was part of it. And then I was deeply troubled by the way in which he was going around insulting everybody, insulting gold star mothers, insulting John McCain, insulting immigrants—I’m a son of immigrants— insulting anybody who dared to speak against him. And that is dangerous for our democracy. It is dangerous for our country. I think what we’re seeing now, those massive protest movements I have ever seen in my life. I think this suggests the country is getting wise to this, and we’re not going to put up with it anymore.”

On Biden Powell added, “I’m very close to Joe Biden in a social manner and political manner. I’ve worked with him for 35, 40 years, and he is now the candidate and I will be voting for him.”