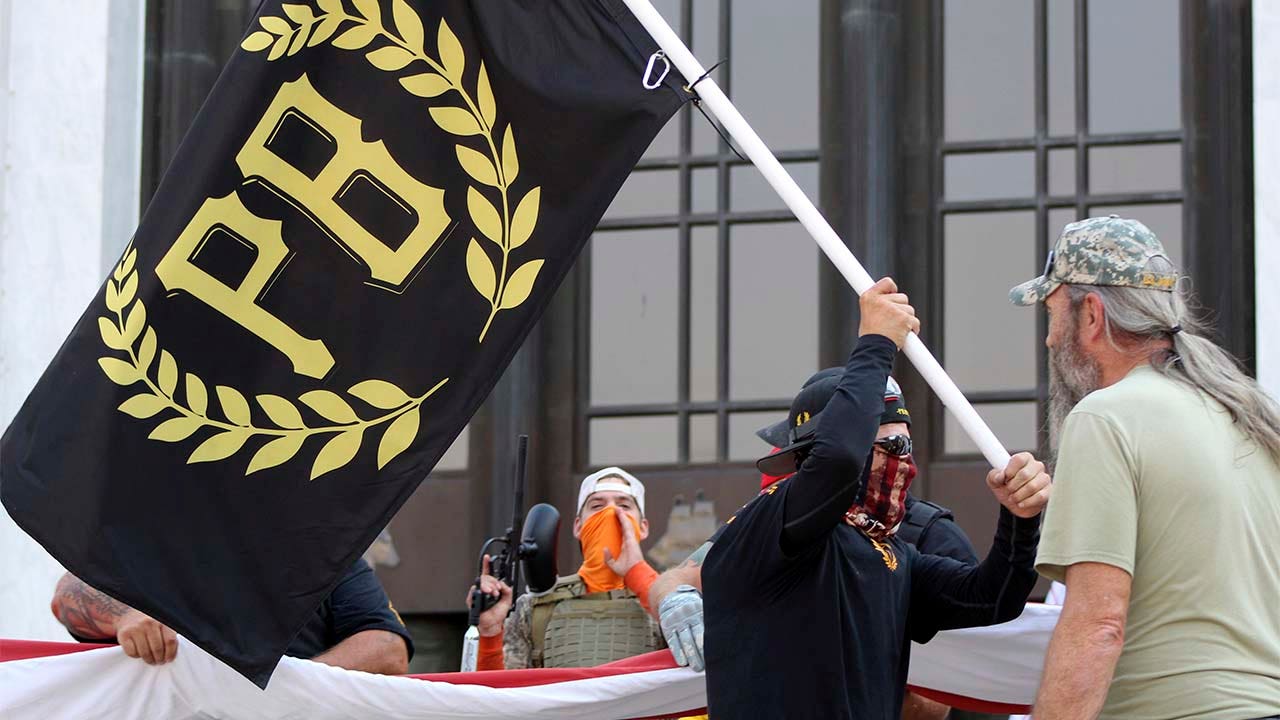 Five states could be hotbeds for militia groups to protest and carry out violent demonstrations leading up to Election Day, a new research study shows.

THE PRESIDENTIAL ELECTION COMES DOWN TO THESE 9 STATES

These states — Georgia, Michigan, Pennsylvania, Wisconsin and Oregon– were deemed “high-risk locations” ahead of the elections because there have been massive anti-coronavirus lockdown protests in the past, and researchers also believe militias might have perceptions of “‘leftist coup’ activities,” according to a new report by ACLED, a crisis-mapping project, and the research group MilitiaWatch.

The report focused on right-wing organizations across the country and mapped the locations that were most likely to have pockets of extremism surrounding the elections.

Regions, where militias have set up recruitment drives or held training for its members, are also at a heightened risk, the report said.

Just weeks ago, the FBI foiled a plan by members of an extremist group called the Wolverine Watchmen to storm Michigan’s state Capitol building and kidnap government officials, including Gov. Gretchen Whitmer.

Authorities later linked several of the alleged kidnappers with previous demonstrations at the state’s Capitol building against coronavirus restrictions.

The report also states that militia presence can also be heightened in areas where militia members have cultivated personal relationships with police or law enforcement or where there might be a friendly attitude by law enforcement towards these groups.

Battleground states and their peripheral towns can also be common areas that say an influx in election violence or unrest, according to the report.

North Carolina, Texas, Virginia, California and New Mexico were found to be at moderate risk for organized demonstrations involving militia both before and after the elections.

Populations that are predominantly left-leaning or have large populations that do not support militias are at lower risk of militia activity, the report says.

Activists worry that the threat of militia groups could lead to voter intimidation and voter suppression and deter certain groups, including minorities, from showing up at the polls.

“It is designed to maybe keep people from showing up because they fear that there might be some activity, when, in fact, it’s just a chilling commentary,” Gerry Hebert of the Campaign Legal Center told NPR.