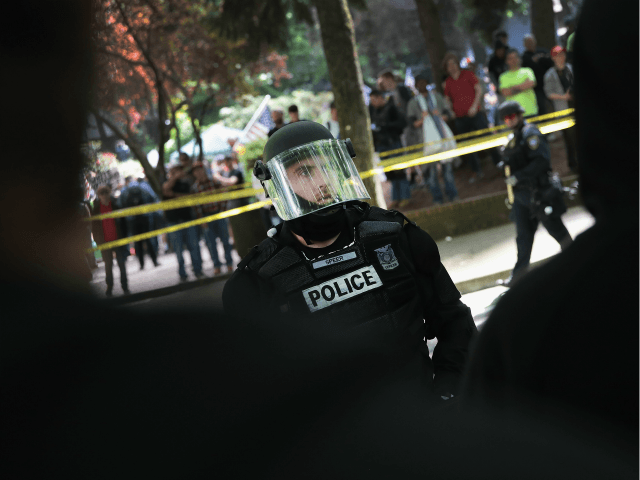 Hundreds of activists in Portland, Oregon, told officials Wednesday that $50 million of the police budget should go toward communities impacted by police violence.

“Community activists said they want $50 million taken from the police bureau’s $244 million budget and reinvested in communities most impacted by police violence and the war on drugs,” according to KGW 8.

Commissioner Jo Ann Hardesty said the proposed move was the result of recent protests, adding that her office had received 61,000 emails regarding the budget.

Portland’s Public Schools Superintendent Guadalupe Guerrero said on June 4 that he would no longer have armed officers inside schools to protect the students, according to Breitbart News.

Instead, he would increase spending on social workers, counselors, and “culturally specific supports” for the students.

Despite the police bureau’s prioritization of de-escalation tactics, adjustments to use of force policies, and other reforms, more needed to be done, Mayor Ted Wheeler said during a press conference Monday.

While I’m very proud of our bureau for being willing to adapt, evolve, and embrace reform, I know that we must take actions that reimagine what community safety can be like in our city and boldly face the questions being asked of us by our community. This is the time for us to lean in to change and innovation in the pursuit of true justice in our community.

Prior to Wednesday’s budget meeting, 742 Portland residents signed up to give their testimony over Zoom, KGW 8 reported.