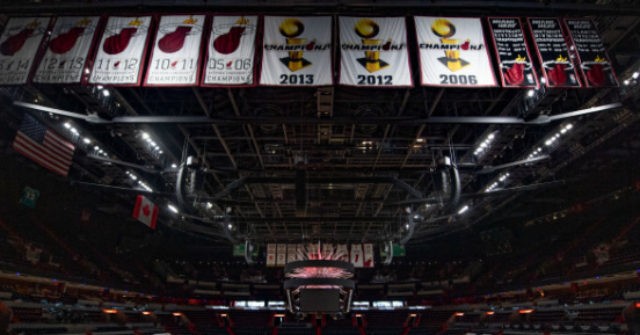 “With Pat Riley at the helm, working his magic like he has in the past, BangBros feels they need to show their support for the next wave of winning to come and give back to the city that’s treated them so well,” the Twitter statement reads. “Both the Heat and BangBros have become staples of the city, with huge fans of each. It doesn’t get more Miami than having the arena sponsored by BangBros.”

We’ve officially Submitted our $10,000,000 bid for the naming rights to the Miami Heat Arena. We wish to thank American Airlines for their past support of the @MiamiHEAT We intend to change the name to the BangBros Center aka ‘The BBC’ #BangBrosCares pic.twitter.com/YbhNattIm7

NBC Sports’ Jessica Kleinschmidt reported that this is no mere Twitter joke and that BangBros really did officially submit their bid to the team.

I just confirmed this is indeed a real thing — a bid was submitted. They want a nickname of “The BBC.” https://t.co/pyEovWTbdX

Other controversial businesses have also tried to link themselves with major sports teams. In 2016, a Denver marijuana dispensary put in a bid for the naming rights of Denver’s Mile High stadium. The offer by the Native Roots dispensary was similarly spurned.