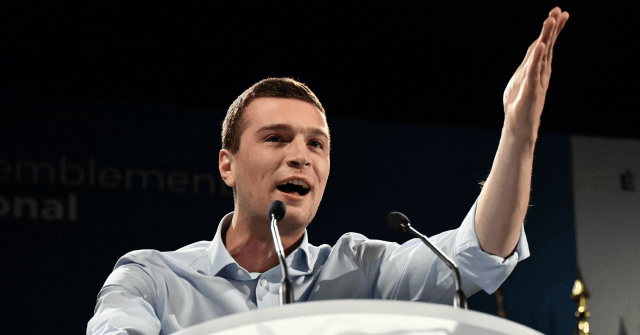 The populist National Rally could win the most European Parliament seats of any French party, with their campaign spearheaded by one of the youngest candidates in the race.

The National Rally (Rassemblement National/RN) has been polling strongly for several months, often neck and neck with the Republic on the Move (La République en Marche!/LREM), the party of French President Emmanuel Macron.

According to some recent polls, the party is expected to be in the running to win the most seats, with 23-year-old Jordan Bardella, the leading RN candidate, being dubbed the “crown prince” of the party, Swedish broadcaster SVT reports.

Bardella gave an interview to the Financial Times in January saying, “we are going to fight to go to the European Commission to reclaim our four levers of sovereignty that are to us essential — our borders, economic and legislative sovereignty, and budget control.”

The candidate also commented on the French president’s handling of the Gilets Jaunes (Yellow Vest) movement saying, “He refuses to listen to the people and insults them whenever he can.”

Having joined the party at the age of 16, Bardella became the leading candidate in the European elections earlier this year.

The election of Bardella would mark one of the youngest members of the European Parliament in its history with only German MEP Ilka Schröder, elected at the age of 21 in 1999, having been younger.

Bardella also follows in the footsteps of former French MP, and niece of Marine Le Pen, Marion Maréchal who, at the time she was first elected, was the youngest MP in French modern political history.

The RN has also confirmed that after next month’s European Parliament election they will be joining populist Italian Interior Minister Matteo Salvini’s new parliamentary group which was unveiled earlier this month.

Salvini’s conservative-populist “supergroup” has also received support from the Alternative for Germany (AfD), the True Finns, the Austrian Freedom Party, and the Danish People’s Party.