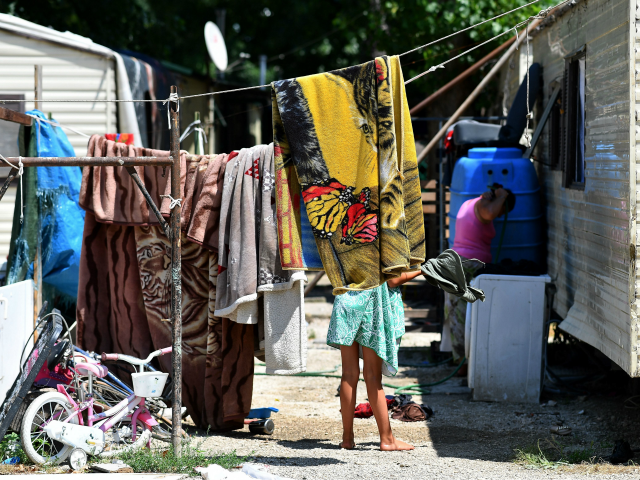 Populist League mayor of Gallarate Andrea Cassani has promised to tackle the issue of a Roma and Sinti squatter camp saying he would take a bulldozer to it and charge the squatters for the costs.

Cassani said the camp has already cost the city around 50,000 euros and 20,000 in fines due to unpaid water and electricity used by the squatters, Il Giornale reports.

According to Cassani, around 85 individuals live in the makeshift camp. Months before the populist coalition government came to power, the local government tried to improve the situation on the ground by sending city planning department officials who found 25 building code violations and ordered the Roma to fix them.

On returning three months later, the inspectors found that not only had the violations not been addressed but the camp had expanded with Cassani describing it as a “full-blown village.”

“Of course, nobody paid for electricity and water,” he added.

Earlier this month, League leader Matteo Salvini, who serves as interior minister, passed a migration and security decree which allows for the dismantling of Roma and far-left extremist squatter camps.

Of the 85 squatters, Cassani said, “Many of them already own homes and land. Some have also been allocated public housing, but they rent them out to other people.”

“We in Gallarate do not want nomad camps any more,” he said.

“If we do not recover anything I would still be happy for two reasons: we stop charging the community for their uses [of utilities] and we pass a principle of legality,” he added.

Roma squatter camps have become a problem in multiple Italian cities including in Rome where Salvini promised to work with Five Star Movement mayor Virginia Raggi to dismantle a large makeshift camp, meeting with her in July.

In September, Salvini said he would be looking to dismantle all 148 illegal camps across the country within the next five years.

The populist interior minister has also caused controversy with his comments about Roma and other nomadic groups in the past including on national Roma day when he said, “Today is the International Day of Roma, Sinti and Caminanti.

“If many of them worked more and stole less, if many of them sent their children to school instead of teaching them to steal, then it really would be something to celebrate.”