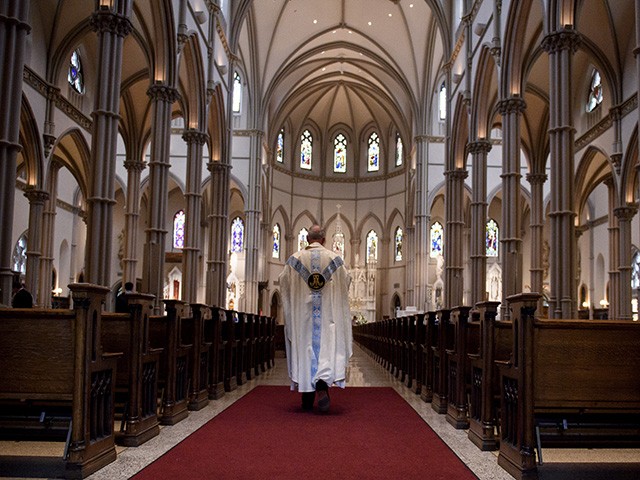 Pope Francis said he is opposed to the idea of optional priestly celibacy, insisting that celibacy is a gift to the Church.

“I am reminded of that saying from St. Paul VI: ‘I would sooner give my life before changing the law of celibacy,’” the pope told journalists aboard the papal plane returning to Rome from Panama on Monday.

“This came to my mind and I want to say it because it is a courageous line; he said it in 1968-1970 at a more difficult moment than the present time,” Francis said.

“Personally, I think that celibacy is a gift to the Church,” the pope said, “and I do not agree with allowing optional celibacy, no.”

The pope did open a slight window by suggesting that in certain “faraway” places an exception could possible be made for “pastoral” reasons.

“There could only be some chance in faraway places, I am thinking of the Pacific Islands, but it is something to think about when there is pastoral necessity. The shepherd must think of the faithful,” he said.

“My decision is: no optional celibacy prior to the diaconate,” he said.

The pope’s remarks came ahead of an upcoming synod on the pan-Amazon region to be held in the Vatican in October, at which advocates for a relaxation of Church discipline on priestly celibacy are expected to be active.

Priestly celibacy is a longstanding tradition in the Latin Church, but rare exceptions are made on a case-by-case basis for married ministers who convert to Catholicism and then become priests.

In Eastern rite Catholicism, married men may be ordained priests, but men who are ordained when they are single are not permitted to marry later.