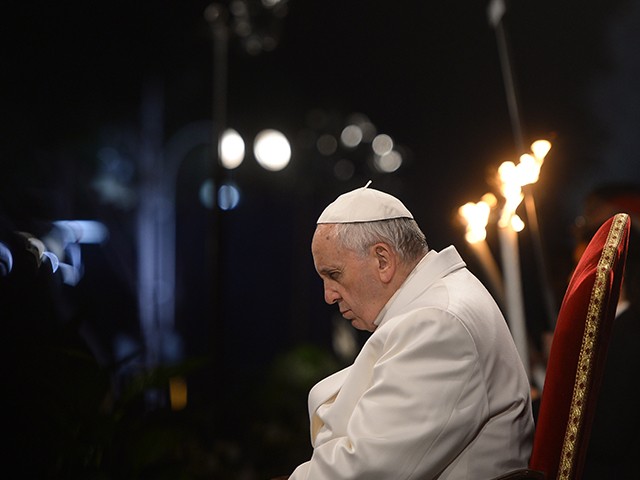 Pope Francis told young people in Estonia Tuesday that he understands their frustration over financial and sexual scandals in the Church, while promising them “transparency.”

“Young people are outraged over sexual and financial scandals for which they see no clear condemnation,” the pope said in an ecumenical meeting with young people.

Francis said further that many young people ask nothing of the Church because it seems irrelevant in their lives.

“It is terrible when a church, a community behaves in such a way that young people think, ‘These people will not tell me anything useful for my life,’” he said.

Others, he said, “expressly ask to be left in peace, because they feel that the presence of the Church is annoying or even irritating.”

As the pope was promising young people a Church that is “transparent,” “communicative,” and “fearless,” others were sharply criticizing the pontiff himself for a lack of transparency and communication.

A month after a high-ranking prelate issued an 11-page report alleging serious misconduct by Church leaders, the pope is still refusing to answer direct questions about his own behavior in the case of serial homosexual abuser Cardinal Theodore McCarrick.

In his report, former papal nuncio Archbishop Carlo Maria Viganò stated that the pope was aware of McCarrick’s abuse at least as early as 2013 — since Viganò had personally informed him — and yet lifted sanctions against McCarrick that Pope Benedict had imposed and reinstated him to a position of prominence in the Vatican.

Nonetheless, when a journalist asked the pope whether these allegations were true, and when he had learned the facts about McCarrick, the pope refused to either confirm or deny the report, adopting instead the strategy of “no comment.”

A stinging article in the German magazine Der Spiegel this week, titled “The Silence of the Shepherds,” states that Francis started his papacy as a “brilliant reformer” but now threatens to torpedo his own legacy because “he often speaks at inopportune moments, yet in important moments remains silent.”

The Church’s sex abuse crisis is “increasingly about Pope Francis,” Der Spiegel said, because of his refusal to speak and to act.

Moreover, the pope gives the impression of stalling in the face of the crisis and the homosexual network that underlies it, Der Spiegel observes, rather than confronting the crisis head-on.

If the pope is serious about reassuring young people that Church leadership is truly committed to transparency and communicativeness, answering allegations about his own behavior would be an excellent place to start.