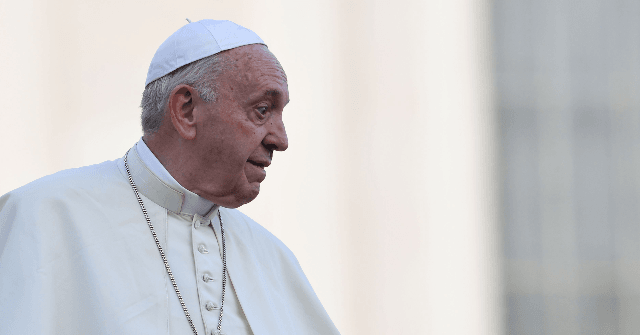 ROME — Pope Francis has given his tentative support for civil union laws for same-sex couples in a documentary that premiered Wednesday in Rome.

“Homosexuals have a right to be a part of the family. They’re children of God and have a right to a family. Nobody should be thrown out or be made miserable because of it,” Pope Francis reportedly said in the film, titled Francesco.

“What we have to create is a civil union law. That way they are legally covered,” the pope said. “I stood up for that.”

The pope’s remarks sparked immediate calls for clarification as they seem to directly contradict official Catholic teaching on the matter.

“Those who would move from tolerance to the legitimization of specific rights for cohabiting homosexual persons need to be reminded that the approval or legalization of evil is something far different from the toleration of evil,” the text states.

“In those situations where homosexual unions have been legally recognized or have been given the legal status and rights belonging to marriage, clear and emphatic opposition is a duty,” the document declares, calling such laws “gravely unjust.”

The text lays out a series of arguments as to why Catholics can never support legislation recognizing homosexual couples as civil unions.

“Laws in favour of homosexual unions are contrary to right reason because they confer legal guarantees, analogous to those granted to marriage, to unions between persons of the same sex,” the document declares. “Given the values at stake in this question, the State could not grant legal standing to such unions without failing in its duty to promote and defend marriage as an institution essential to the common good.”

“Legal recognition of homosexual unions would obscure certain basic moral values and cause a devaluation of the institution of marriage,” the text adds.

Because the Catholic Church considers homosexual relations to be gravely sinful, the recognition of homosexual unions would suggest approval and formalization of an objectively disordered relationship, the text suggests.

“Not even in a remote analogous sense do homosexual unions fulfill the purpose for which marriage and family deserve specific categorical recognition,” the document states. “On the contrary, there are good reasons for holding that such unions are harmful to the proper development of human society, especially if their impact on society were to increase.”

The document goes on to insist that “all Catholics are obliged to oppose the legal recognition of homosexual unions” and that “Catholic politicians are obliged to do so in a particular way, in keeping with their responsibility as politicians.”

Pope Francis has been a vocal opponent of gay marriage, insisting that every child has the right “to grow up in a family with a father and a mother,” and that man-woman complementarity “is the basis of marriage and the family.”

As archbishop of Buenos Aires, then-Cardinal Bergoglio took a leading role in fighting a 2010 bill proposing gay marriage in his native Argentina.

In June 2010, Cardinal Bergoglio wrote that the proposed law that would recognize same-sex marriage would “gravely wound the family.”

He went on to say that “what is at stake here is the identity and the survival of the family: father, mother and children. What is at stake is the life of so many children who will be discriminated against from the get-go, by depriving them of the human development that God intended through a mother and a father.”

Behind this project, he asserted, was “the envy of the devil, by which sin entered into the world, as he cunningly seeks to destroy the image of God: man and woman.”

“Let’s not be naïve,” the future pope wrote, “this is not just a political struggle; it is an attempt to destroy God’s plan. It is not merely a bill–this is only the instrument–but a move by the father of lies who seeks to confuse and deceive the children of God.”

We need the help of the Holy Spirit, Bergoglio said, “to defend us from the enchantment of so many sophisms used to justify this bill, which confuse and mislead even people of good will.”