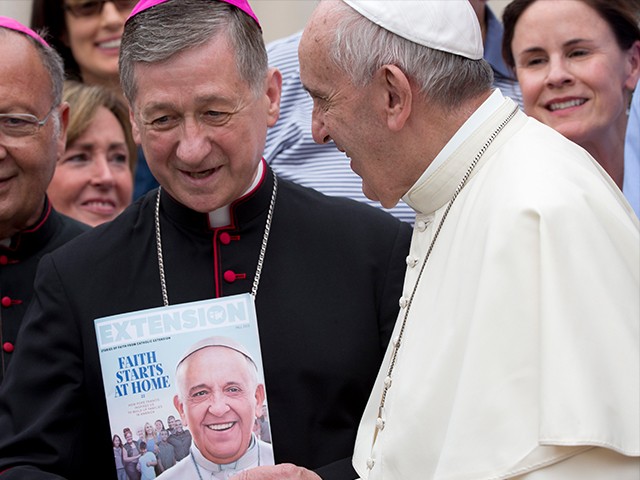 In ordering the U.S. bishops to abstain from voting on measures aimed at addressing clerical sex abuse, Pope Francis may have inadvertently performed the most consequential and costly act of his papacy.

The U.S. Conference of Catholic Bishops (USCCB) intended to vote on two measures responding to the ongoing sex abuse crisis in its annual fall meeting, which concluded in Baltimore on Wednesday.

A last-minute intervention, however, from the Vatican’s Congregation for Bishops instructed the USCCB to stand down and to await a meeting of global episcopal conference leadership convoked by Pope Francis for February.

The Vatican’s direct intervention into the bishops’ governance would seem to undermine the Holy See’s prime pillar of legal defense when charged with negligence in dealing with sex abuse, namely, the relative independence of Catholic dioceses from Vatican oversight.

When the 2010 suit O’Bryan vs. the Holy See sought to depose Pope Benedict XVI in a U.S. court, Vatican lawyer Jeffrey Lena employed a tightly reasoned argument before the U.S. district court in Kentucky, which hinged upon demonstrating that the Vatican was not responsible for the U.S. bishops’ policy on protecting children, and nor was it responsible for day-to-day operational policy.

The plaintiffs’ lawyer William McMurray believed that his case had class-action potential, hoping it could also benefit the thousands of victims of child sex abuse across the whole of the United States, seeking enormous sums in damages directly from Rome.

Ordinarily, under the 1976 Foreign Sovereign Immunities Act, foreign governments have immunity from prosecution in U.S. courts. However, there are nine exceptions to this immunity, one of which is the so-called “tort exception” clause.

Two years before the Kentucky hearing, a federal appeals court had said that the case could proceed under the tort exemption to the 1976 act, if it could be demonstrated that U.S. bishops were following official Vatican policy.

This is what makes the Vatican’s eleventh-hour intervention in Baltimore so potentially momentous. It seems to willing wave aside the carefully crafted legal boundaries that the Vatican has energetically used to defend itself from international prosecution.

The failure of the U.S. bishops to challenge the order from the Vatican’s Congregation for Bishops suggests that the bishops are indeed answerable to the Holy See on operational matters dealing with sex abuse policy.

This tacit admission will almost certainly have massive ramifications in future litigation.

Considering the rise in abuse claims facing the Church in the United States, it is difficult to imagine that the Vatican will not see a dramatic increase in legal actions, which could open the Holy See to billions of dollars in claims.

The O’Bryan action was withdrawn in 2011, in part because 243 abuse victims had already reached a direct settlement with the Archdiocese of Louisville and in part because of the precedent of earlier court rulings recognising the Holy See’s immunity from prosecution.

According to research compiled by Bishop-Accountability.org, to date 15 U.S. dioceses have been declared bankrupt following the post-Boston settlements, with post-1980s settlements totaling over $3 billion.

The Vatican’s apparent abandonment of a long-standing principle of legal defense has potentially game-changing consequences for the future.

The direct Vatican intervention in the U.S. bishops’ response to the sex abuse crisis could easily be the most consequential act of Pope Francis’ papacy, which is not precisely the legacy his followers would wish.