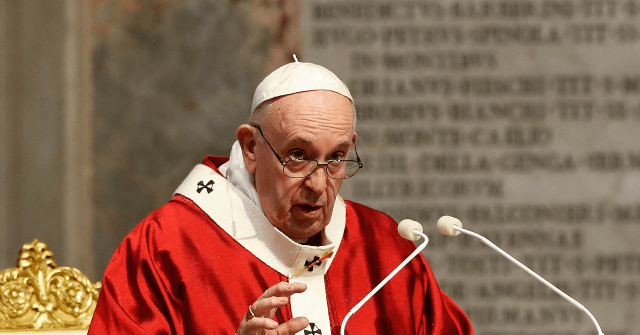 ROME — Pope Francis condemned racism Sunday, comparing it to a mutating virus that hides beneath the surface where it always threatens to reappear.

“Racism is a virus that quickly mutates and, instead of disappearing, goes into hiding, and lurks in waiting,” the pope tweeted on the day designated by the United Nations as International Day for the Elimination of Racial Discrimination.

“Instances of racism continue to shame us, for they show that our supposed social progress is not as real or definitive as we think,” he said, adding the hashtag “#FightRacism.”

Last summer while the United States was in the throes of Black Lives Matters protests, the pope denounced the sin of racism while also insisting that responding with violence and rioting is “self-destructive and self-defeating.”

“I have witnessed with great concern the disturbing social unrest in your nation in these past days, following the tragic death of Mr. George Floyd,” Francis said to his “dear brothers and sisters in the United States” in a brief greeting last June.

“My friends, we cannot tolerate or turn a blind eye to racism and exclusion in any form and yet claim to defend the sacredness of every human life,” the pope said. “At the same time, we have to recognize that the violence of recent nights is self-destructive and self-defeating. Nothing is gained by violence and so much is lost.”

“Today I join the Church in Saint Paul and Minneapolis, and in the entire United States, in praying for the repose of the soul of George Floyd and of all those others who have lost their lives as a result of the sin of racism,” he continued. “Let us pray for the consolation of their grieving families and friends and let us implore the national reconciliation and peace for which we yearn.”

Again last December, Francis asserted that the year 2020 had been marked a worrisome a surge in “nationalism, racism, and xenophobia.”

“Sad to say,” alongside all testimonies of love and solidarity during the coronavirus pandemic, “we have also seen a surge in various forms of nationalism, racism and xenophobia, and wars and conflicts that bring only death and destruction in their wake,” he said in his message for the 2021 World Day of Peace.