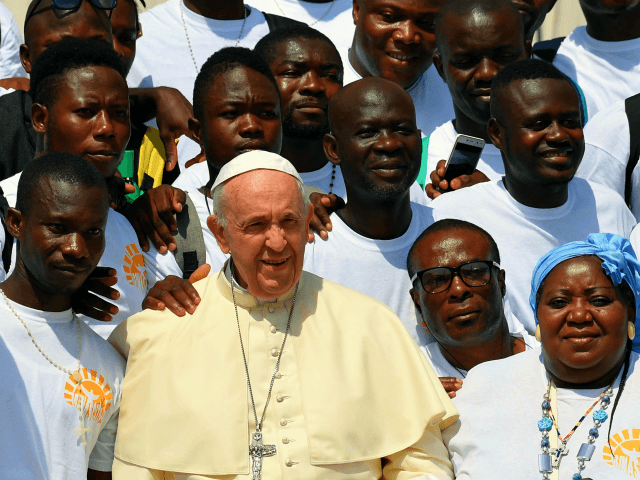 ROME — Pope Francis has reiterated his call for a more welcoming attitude toward migrants, insisting everyone has the right to “dream of a better future.”

“Certain populist political regimes, as well as certain liberal economic approaches, maintain that an influx of migrants is to be prevented at all cost,” the pope laments in a new encyclical letter titled Fratelli Tutti (Brothers All), meaning that “great numbers of lives are at stake.”

“I realize that some people are hesitant and fearful with regard to migrants,” the pontiff declares. “I consider this part of our natural instinct of self-defence.”

“I ask everyone to move beyond those primal reactions because there is a problem when doubts and fears condition our way of thinking and acting to the point of making us intolerant, closed and perhaps even – without realizing it – racist,” he warns. “In this way, fear deprives us of the desire and the ability to encounter the other.”

In some host countries, “migration causes fear and alarm, often fomented and exploited for political purposes,” he states. “This can lead to a xenophobic mentality, as people close in on themselves, and it needs to be addressed decisively.”

“Many migrants have fled from war, persecution and natural catastrophes,” he notes. “Others, rightly, are seeking opportunities for themselves and their families. They dream of a better future and they want to create the conditions for achieving it.”

“Unscrupulous traffickers, frequently linked to drug cartels or arms cartels, exploit the weakness of migrants, who too often experience violence, trafficking, psychological and physical abuse and untold sufferings on their journey,” he adds.

“Migrations, more than ever before, will play a pivotal role in the future of our world,” he declares.

The pope also insists on the right of people to travel to places where they can find “personal fulfilment” as well as the need to grant full citizenship to long-term residents.

We are obliged “to respect the right of all individuals to find a place that meets their basic needs and those of their families, and where they can find personal fulfilment,” he writes.

“For those who are not recent arrivals and already participate in the fabric of society, it is important to apply the concept of ‘citizenship,’ which is based on the equality of rights and duties, under which all enjoy justice,” he declares. “It is therefore crucial to establish in our societies the concept of full citizenship and to reject the discriminatory use of the term minorities, which engenders feelings of isolation and inferiority.”