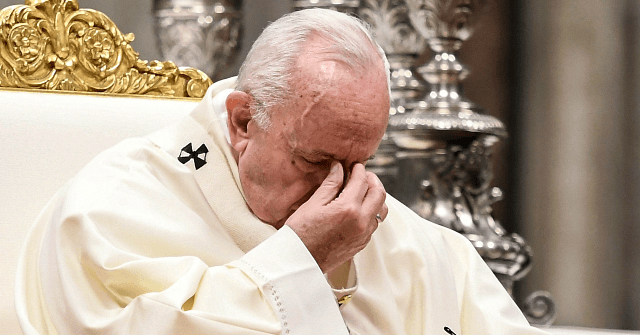 Pope Francis said Sunday he understands little of Italian politics but warned against those who “sow hatred and fear” in an apparent allusion to interior minister Matteo Salvini, the leader of the Lega party.

Asked about the conduct of Mr. Salvini and his use of Catholic symbols such as the rosary and crosses during his campaign, the pope said that politicians “should be honest and not campaign with dishonest banners, with calumny, defamation or scandals.”

At the same time, the pope was careful not to directly criticize anyone, while still making his opinion clear.

“In this I have to confess my ignorance: I do not understand Italian politics,” he said during a Q&A session aboard the papal plane returning to Rome from Romania. “I really should study it, I don’t understand it. It would be very imprudent of me to give an opinion on the attitudes of an electoral campaign of one of the parties, without information.”

The pope said that to understand his thinking on the matter, people should read L’Osservatore Romano, which he called the “party newspaper” of the Vatican.

“I read it and it would be good for you to read it, because it offers some very interesting keys to understanding things and things that I say are also there,” he said.

On the day after the recent European elections, in fact, L’Osservatore Romano published a front-page editorial denouncing the pro-sovereignty movement — which made great strides in the elections, particularly in Italy — as diametrically opposed to Europe.

In it, the newspaper’s editor-in-chief who was hand-picked for the post by Pope Francis, said that the Italian vote was “reactive” and motivated by “fear,” an opinion alluded to by Francis in his press conference Sunday.

“I pray for everyone, so that Italy can go forward, so that the Italians will unite and be loyal to their commitments,” Francis continued.

So often, politicians sow hatred and fear, the pope said, and “this is terrible.”

“A politician should never, ever sow hatred and fear, just hope,” he said. “Fair, demanding policies, but with hope. Because he must lead the country there, and not frighten people.”

The pope has frequently denounced certain fear-mongering, for example of migrants, while promoting other sorts of fears, for example of an apocalyptic “climate crisis” and of the evils of international finance.

A week ago, the pope sketched a terrifying picture of a global climate emergency, saying that human beings must “correct our path before it is too late.”

“Around the world, we are seeing heat waves, droughts, forest fires, floods and other extreme meteorological events, rising sea levels, the emergence of diseases and further problems that are only a dire premonition of things much worse to come, unless we act and act urgently,” the pope told a group of leaders assembled at the Vatican on May 27.

“Time is of the essence,” the pope told the assembly. “You are here today to reflect on how to remedy this profound crisis caused by a confusion of our moral ledger with our financial ledger. You are here to help stop a crisis that is leading the world towards disaster.”

Apparently, in the pope’s mind, a “politics of fear” has a place in certain issues, but not in others.