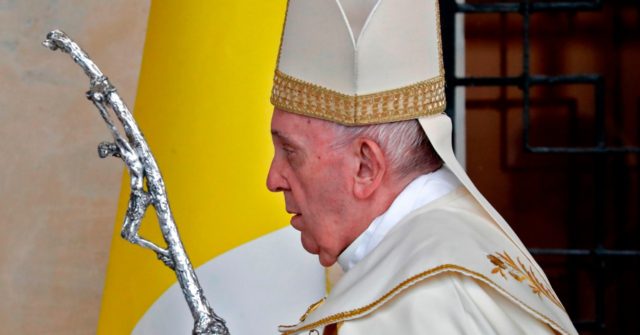 ROME — Pope Francis once again appealed for peace between Russia and Ukraine Sunday, amidst continued worrisome reports of Russian military buildup at the border between the two countries.

“Dear brothers and sisters, the news coming from Ukraine is very disturbing,” the pope told crowds gathered in the Vatican for his weekly Angelus message. “I entrust every effort for peace to the intercession of the Virgin Mary and to the conscience of political leaders.”

The pontiff then proceeded to call for a moment of silent prayer for the resolution of the conflict.

Last Wednesday, Francis again called for renewed efforts at peace to counteract the escalation of tensions caused by the Russian military buildup.

Speaking after his weekly general audience in the Vatican, the pope also thanked people and communities for joining in a January 26 day of prayer for peace in Ukraine.

“Let us continue to implore the God of peace that tensions and threats of war be overcome through serious dialogue, and that the ‘Normandy Format’ talks may also contribute to this,” the pontiff added. “Let us not forget: war is madness!”

The Normandy format talks referred to by the pope are meetings among leaders of Russia, Ukraine, Germany, and France in order to resolve differences, which date back to the 2014 D-Day celebration in Normandy, France.

Last Friday, leaders of the four countries met again in Berlin to discuss possibilities of a cease-fire as well as effective political solutions to ongoing tensions but tensions have continued apace.

Also on Friday, the White House warned that Russia was almost certain to invade Ukraine soon.

“There is a credible prospect that a Russia military action would take place even before the Olympics,” White House national security adviser Jake Sullivan during the daily briefing.

“Any American in Ukraine should leave as soon as possible,” he said. “The risk is now high enough, and the threat is now immediate enough, that this is what prudence demands.”