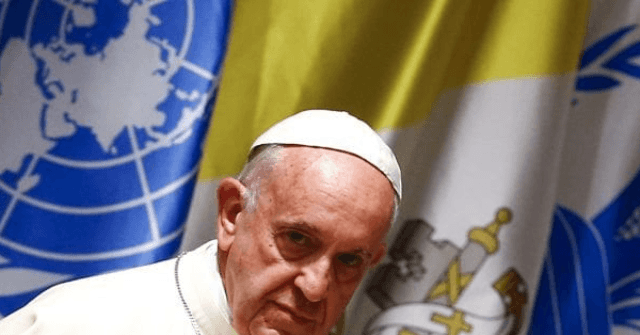 ROME — Pope Francis makes his best case for multilateralism in a new teaching letter, calling for more authority for supranational organizations like the United Nations.

“The twenty-first century is witnessing a weakening of the power of nation states, chiefly because the economic and financial sectors, being transnational, tend to prevail over the political,” the pope writes in the encyclical letter Fratelli Tutti (Brothers All), released on Sunday.

“Given this situation, it is essential to devise stronger and more efficiently organized international institutions, with functionaries who are appointed fairly by agreement among national governments, and empowered to impose sanctions,” the pope advises in the 43,000-word text.

“When we talk about the possibility of some form of world authority regulated by law, we need not necessarily think of a personal authority,” the pontiff asserts. “Still, such an authority ought at least to promote more effective world organizations, equipped with the power to provide for the global common good, the elimination of hunger and poverty and the sure defence of fundamental human rights.”

Among the possible candidates for such a role, the pope turns his attention to the United Nations Organization, with which he enjoys close ties.

“In this regard, I would also note the need for a reform of the United Nations Organization, and likewise of economic institutions and international finance, so that the concept of the family of nations can acquire real teeth,” Francis declares, citing a text from his predecessor, Pope Benedict XVI.

“Needless to say, this calls for clear legal limits to avoid power being co-opted only by a few countries and to prevent cultural impositions or a restriction of the basic freedoms of weaker nations on the basis of ideological differences,” he writes.

The work of the United Nations, the pope insists, “can be seen as the development and promotion of the rule of law, based on the realization that justice is an essential condition for achieving the ideal of universal fraternity.”

“There is need to prevent this Organization from being delegitimized, since its problems and shortcomings are capable of being jointly addressed and resolved,” he adds.

“The seventy-five years since the establishment of the United Nations and the experience of the first twenty years of this millennium have shown that the full application of international norms proves truly effective, and that failure to comply with them is detrimental,” Francis states.

The Charter of the United Nations is “an obligatory reference point of justice and a channel of peace,” he declares, and thus “there can be no room for disguising false intentions or placing the partisan interests of one country or group above the global common good.”

Among the normative instruments for the peaceful resolution of controversies, “preference should be given to multilateral agreements between states, because, more than bilateral agreements, they guarantee the promotion of a truly universal common good and the protection of weaker states,” he declares.

At the same time, Pope Francis notes certain “shortcomings” of the international community, including “its lack of coordination in complex situations, its lack of attention to fundamental human rights and to the critical needs of certain groups.”