In his solemn Urbi et Orbi blessing, the pontiff offers a virtual tour of problem areas around the globe to point out conflicts and injustices but as he has done on past occasions, he carefully omitted any reference to those suffering human rights abuses under China’s Communist regime.

In this year’s litany of areas plagued by conflicts, violence, and disasters, the pope recalled the people of Lebanon, Jordan, Syria, Yemen, Iraq, the Sahel, Nigeria, Tigray and the Cabo Delgado region, eastern Ukraine and Nagorno-Karabakh, as well as Jerusalem and the conflict between Israelis and Palestinians. 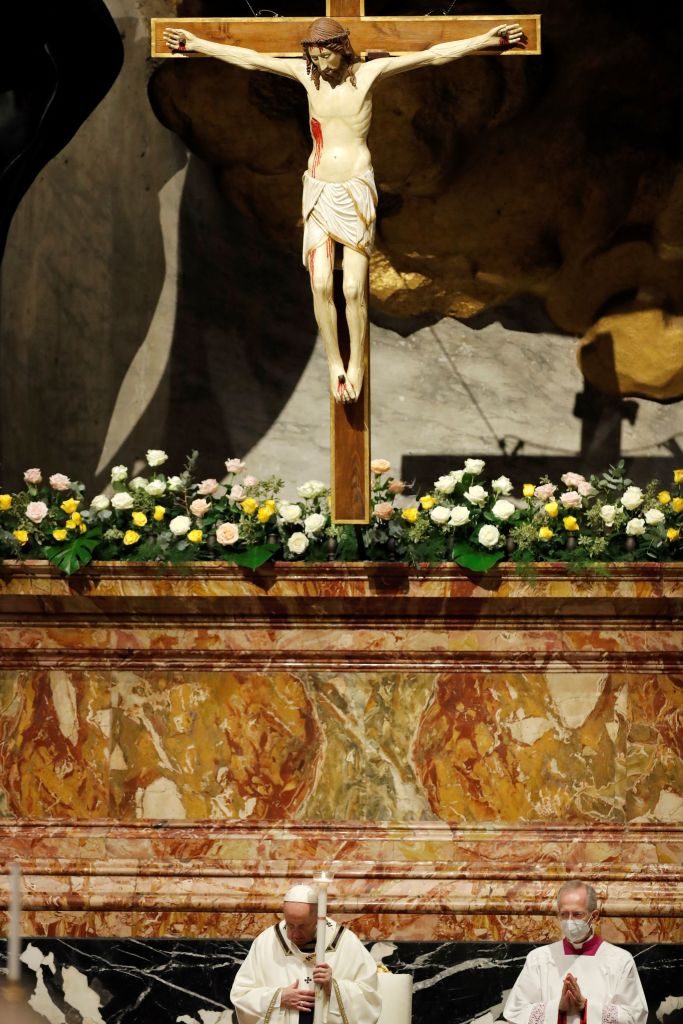 Pope Francis celebrates the Easter Vigil at St. Peter’s Basilica in The Vatican during the Covid-19 coronavirus pandemic. (REMO CASILLI/POOL/AFP via Getty Images)

The pope also gave a shout-out to “the young people of Myanmar committed to supporting democracy,” a courtesy he has never extended to the young pro-democracy demonstrators of Hong Kong who for two years have protested against their Chinese overlords.

Noteworthy by its absence was any mention of the atrocities committed against more than a million Uighurs who are held in concentration camps in the autonomous Xinjiang territory of northwest China, where they have been subjected to genetic testing, hard labor, organ harvesting, torture, and forced abortions.

Vatican watchers have attributed the pope’s ongoing silence regarding China’s egregious human rights violations to his heartfelt desire to establish diplomatic relations with the Asian giant and to visit the country someday.

The Vatican signed a secret accord with the Chinese Communist Party (CCP) in September 2018 regarding the naming of Chinese bishops, a move that elicited an flood of criticism at the time and has only been aggravated by ongoing CCP aggressions against Christians after the deal was signed.

The accord was renewed last fall despite appeals from governments and human rights groups that begged the Vatican to reconsider its appeasement policy toward the Chinese.

China is notoriously hypersensitive and vindictive when it comes to public criticism and the pope is apparently unwilling to risk upsetting them or jeopardizing the precarious Vatican-CCP deal by coming to the defense of the victims of Chinese atrocities.

Last summer, the Sunday Times published a scathing article by Dominic Lawson criticizing the Vatican for its silence on China. “As more and more nations have expressed their concern about the growing evidence of concentration camps and even genocide in the Chinese province of Xinjiang, there has been silence from the one entity that has the whole of suffering humanity at the core of its mission. I refer to the Holy See.”

Similarly, in July 2020, Foreign Affairs published an article noting how prominent Jews were willing to call out China’s atrocities toward Uighur Muslims in contrast to the silence of the Catholic Church.

The president of the Board of Deputies of British Jews, Marie van der Zyl, drew comparisons between the plight of the Uighurs in China today and the Holocaust, Benedict Rogers noted in his article, while the Vatican has refused to use its moral influence to call out the abuses.

Nobody could see the evidence and fail to note “the similarities between what is alleged to be happening in the People’s Republic of China today and what happened in Nazi Germany 75 years ago: People being forcibly loaded on to trains; beards of religious men being trimmed; women being sterilised; and the grim spectre of concentration camps,” Ms. van der Zyl declared. 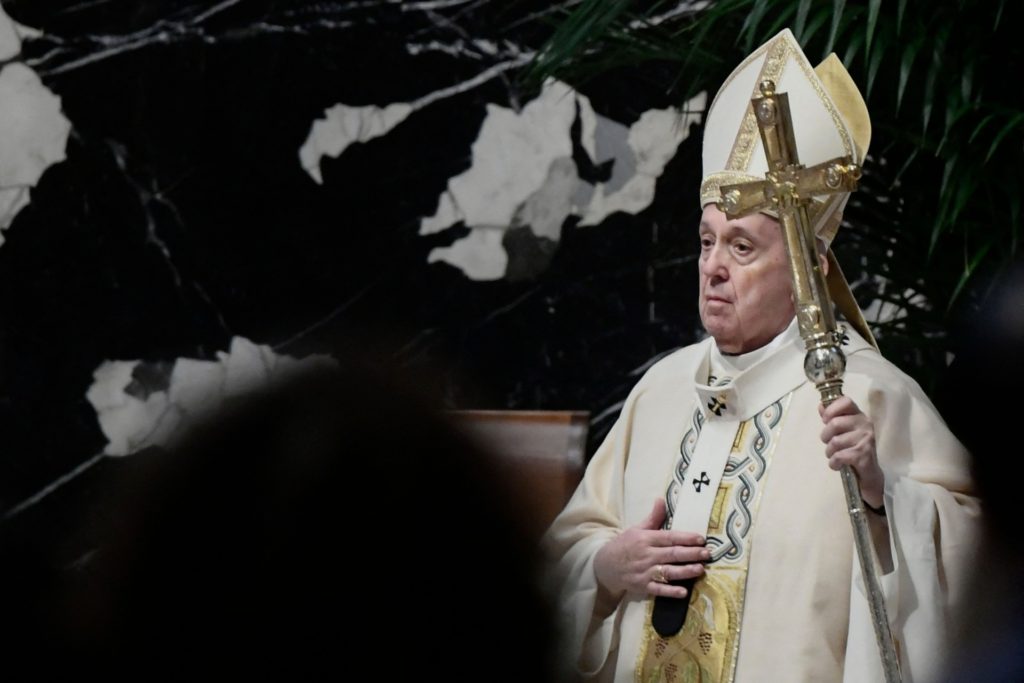 “But one voice has been strangely absent — that of Pope Francis, ordinarily a powerful advocate for the oppressed,” Rogers wrote. “His silence speaks to the dangers of the deal made with China by the Vatican — and demands that others in the church speak out.”

“It is Francis’s silence that shocks me most,” Rogers wrote. “Almost every Sunday, as he prays the Angelus, he rightly references some injustice somewhere in the world. He has spoken often in the past not only of the persecution of Christians around the world but of the plight of the Rohingyas in Myanmar; the conflicts in Syria, Yemen, Ukraine, and Nigeria; and religious freedom for all.”
Follow @tdwilliamsrome