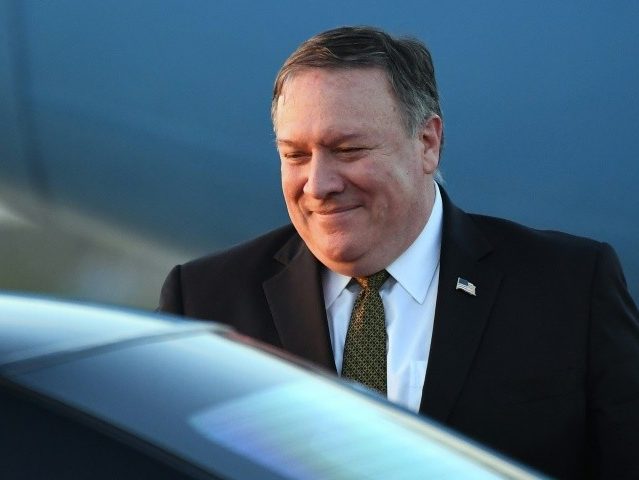 The Trump administration is expected to make a decision soon on whether to suspend U.S. sanctions imposed on Turkey in connection to Ankara’s detention of the American pastor released last week, U.S. Secretary of State Mike Pompeo told reporters on Wednesday.

While speaking to reporters after meeting with Turkey’s president and foreign minister on Wednesday, Pompeo declared, “We’ll have a decision on that shortly but some of the sanctions that were put in place were directly connected to Pastor Brunson, and there’s a logic to now removing those as well. But no final decision has been made, and I need to talk to the president about that.”

On #Turkey sanctions, @SecPompeo tells reporters: “We’ll have a decision on that shortly but some of the sanctions that were put in place were directly connected to Pastor Brunson and there’s a logic to now removing those as well.” (1/2)

“After an eventful hearing [on October 12], the court sentenced Brunson to three years and one month in prison for aiding a terrorist organization, while ruling for his release from house arrest pending appeals procedures,” Hurriyet Daily News reported. “The pastor is free to leave Turkey if he wants, as the court did not adopt a travel ban.”

The Trump administration had been pushing for his release, arguing that Brunson is innocent.

NBC News learned from unnamed Trump administration officials that Ankara released Brunson in exchange for “a commitment by the U.S. to ease economic pressure on Turkey.”

However, President Trump has said “no deal” was made with Ankara to secure Brunson’s release.

According to the U.S. State Department, Pompeo pushed for the release of other Americans imprisoned in Turkey during meetings Turkish President Tayyip Erdogan and Turkish Foreign Minister Mevlut Cavusoglu.

Referring to the secretary’s meeting with his Turkish counterpart Cavusoglu, Nauert noted, “The Secretary also discussed with Foreign Minister Cavusoglu the continued wrongful detention of Dr. Serkan Golge and other U.S. citizens as well as locally employed staff from U.S. Mission Turkey.

Bruson’s spent two years in detention in Turkey in a case that triggered tensions between NATO allies the United States and Turkey, sparking “a tit-for-tat economic standoff as the two countries used sanctions and tariffs to knock one another,” USA Today acknowledged.

Nevertheless, Pompeo indicated that Brunson’s release has improved relations between the two countries.

“The fact that Pastor Brunson has now made his way back to the United States, I think, opens up lots of opportunities,” the secretary said.