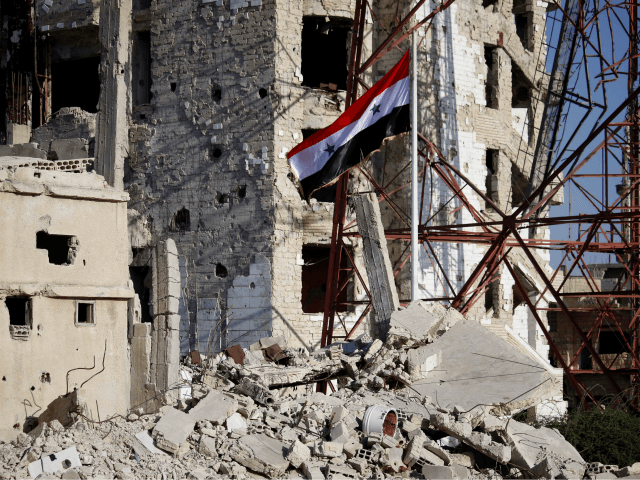 The Times of Israel reports: WASHINGTON — The United States will refuse any additional reconstruction assistance to war-torn Syria so long as Iranian troops are present in the country, Secretary of State Mike Pompeo said Wednesday.

Speaking to a pro-Israel group, Pompeo vowed to press forward with US President Donald Trump’s push to isolate Iran, boasting of imposing “some of the harshest sanctions in history.”

“The onus for expelling Iran from the country falls on the Syrian government, which bears responsibility for its presence there,” Pompeo told the Jewish Institute for National Security of America. “If Syria doesn’t ensure the total withdrawal of Iranian-backed troops, it will not receive one single dollar from the United States for reconstruction,” Pompeo said.