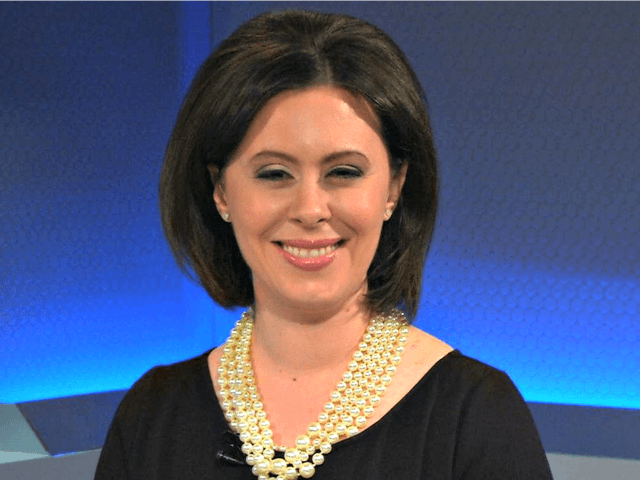 Trump supporters are scratching their heads as to why Secretary of State Mike Pompeo has hired Never Trumper Mary Kissel as senior adviser for policy and strategic messaging at the State Department.

Next I’d like to announce the addition of Mary Kissel. She has joined us from the Wall Street Journal. Many of you may have know Mary during her 15 years at the Wall Street Journal, and we cannot be more thrilled to have her on board as well. Mary will be working for the secretary as a senior adviser to the secretary for policy and strategic messaging. While at the Journal, she also served as a member of the Journal’s editorial board. So we’re thrilled to have her on board. She’s also an expert on Asia, and we look forward to introduction you to both of them in the near future.

Kissel’s hire caught many by surprise, given her blatant public criticism of the president and his policies. She has criticized the president as recently as this summer. In a July 16 interview with Fox News, she called Trump’s meeting with Russian President Vladimir Putin as a “great propaganda victory” for Putin.

She has been highly critical of the administration’s trade moves against China. “Oh great. Let’s have government use taxpayer monies to solve a problem that government created. #losing,” she tweeted on July 24, in response to the administration planning to spend $12 billion to aid farmers hurt by the trade disputes.

In fact, a review of her Twitter accounts shows numerous outright disagreements with his policy. She criticized the president on canceling military exercises with South Korea to pave the way for diplomatic talks, and bashed his efforts at engagement with North Korea.

But Kissel has not only been critical of Trump’s foreign policy, she trashed his candidacy in the lead-up to the election.

“Donald Trump does not seem to know very much about the world, and he certainly doesn’t know very know much about foreign policy,” Kissel said on August 26, 2016, at the Steamboat Institute’s 2016 Freedom Conference.

“The guy just makes things up as he goes along,” she said on Morning Joe on March 4. “Trump has no principles — he has no policies, and he’s making it up.” She also predicted he would lose. “Trump seems to have a ceiling. It’s around 30 to 35 percent.”

On April 20, 2016, Kissel was on Morning Joe again, refusing to say if Trump was “terrible for America.” Instead, she said, “I don’t like a lot of his policies. I don’t like the policies. We are pro-trade, we are pro-immigration.”

She also slammed his “temperament,” predicted there was “no way” he would win South Carolina and Florida, and accused him of “whipping up nativists” fears to further his own brand.

Her criticism even caught the eye of Trump — who retweeted a tweet that called Kissel a “loser” on March 4, 2016.

“@SirHatchporch: Mary Kissel is an SNL character, right? She’s not a real person, right? #MorningJoe” She is a major loser – no clue!” the tweet said.

"@SirHatchporch: Mary Kissel is an SNL character, right? She's not a real person, right? #MorningJoe" She is a major loser – no clue!

It is not clear whether Trump is aware that she has been hired, and many Trump loyalists cannot figure out how it happened.

Robert Wasinger, who served early on in the Trump administration as White House liaison to the State Department, told Breitbart News in a statement:

Washington Examiner columnist Ryan Girdusky lamented her hire as nothing new for the administration in a piece Wednesday:

Hiring critics and firing loyalists is business as usual for the Trump administration. The outsider candidate who successfully campaigned against the Republican establishment, the neocons, the Bush administration, and the permanent political class has filled his administration with the same swamp creatures he promised to drain.

The State Department defended her hire in a statement to Breitbart News.

“Mary’s social media posts reflected her role as a member of the Wall Street Journal editorial board. As she has said previously when asked similar questions, her job there was to analyze and write about policy,” said a spokesperson on background.

“As a member of the editorial board, Mary strongly endorsed this administration’s policies on Iran, Afghanistan, tax cuts, energy policy,  regulatory reform, judicial nominations, and other issues. She is proud to serve this President and Secretary Pompeo,” the spokesperson said.