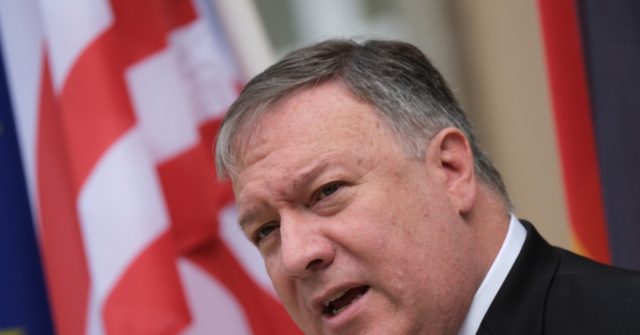 The Trump administration is ready and willing to talk to Iran “with no preconditions”, U.S. Secretary of State Mike Pompeo said Sunday.

America’s top diplomat added the U.S. will continue its campaign of pressure against the Islamic Republic in lieu of any talks.

Tensions have risen between the two countries over the past 12 months, and that has led to fears of open conflict.

The U.S. currently has about 70,000 troops across the Middle East, including at a major Navy base in Bahrain and an Air Force base and operations center in Qatar. There are about 5,200 troops in Iraq and 2,000 in Syria.

He said the U.S. is “prepared to engage in a conversation with no preconditions. We’re ready to sit down” with Iran’s leaders.

But Mr. Pompeo also made clear that “the American effort to fundamentally reverse the malign activity of this Islamic Republic, this revolutionary force, is going to continue”.

Under President Trump, the U.S. has launched a maximum-pressure campaign against Iran, reimposing sanctions suspended under the controversial Iran nuclear deal in 2015 and intensifying other restrictions. Trump pulled the U.S. out of the nuclear pact.