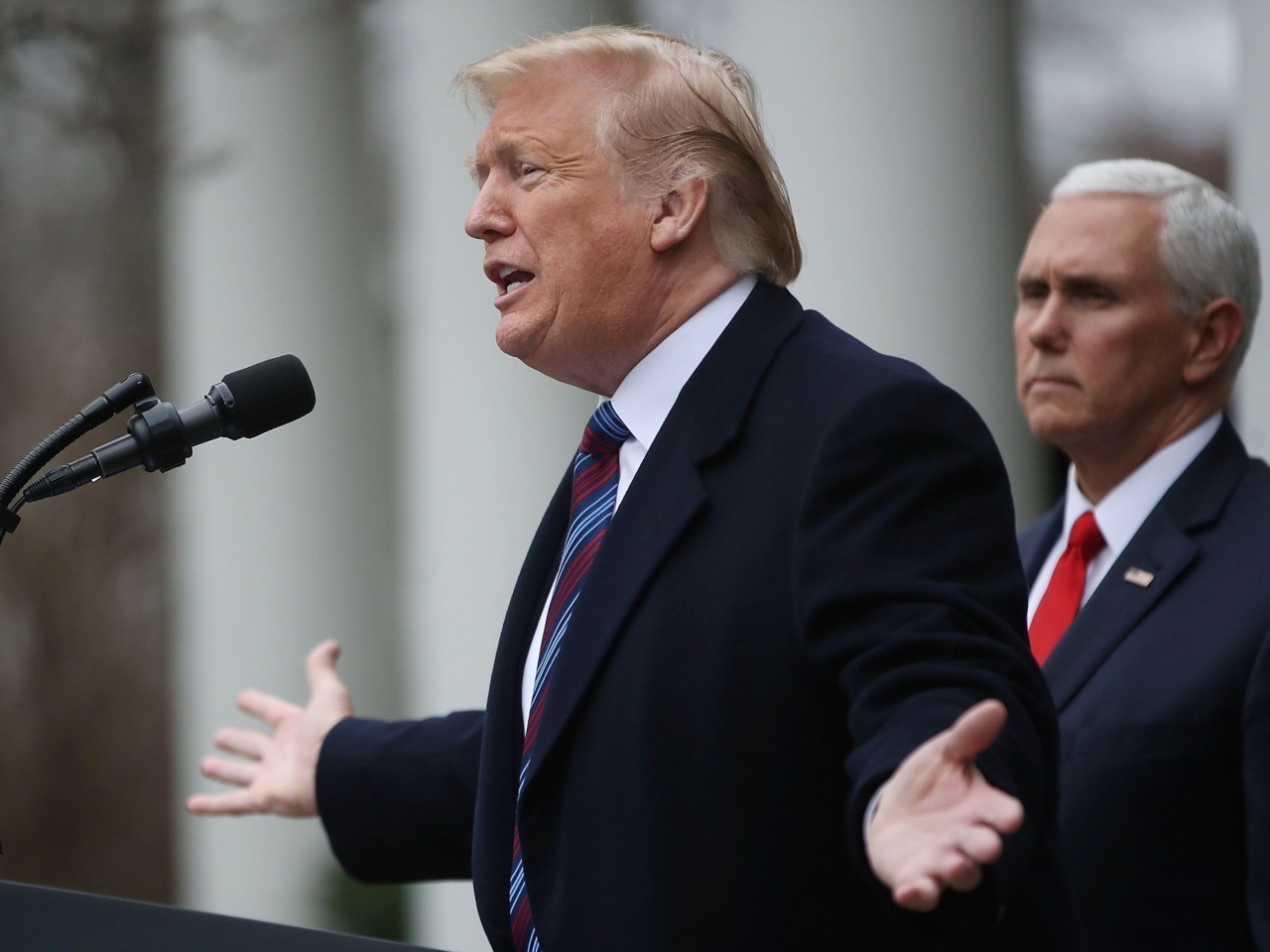 President Donald Trump gave a long-overdue lesson to the White House press corps about the Constitution’s limits on executive power — limits the media largely ignored under President Barack Obama, because they agreed with Obama’s policies and wished to see him succeed politically.

Trump pointed out that Democrats had lost interest in negotiating over the future of the Deferred Action for Childhood Arrivals (DACA) program when a federal judge in San Francisco ruled last year that the Trump administration’s decision to cancel the policy was unlawful.

Republicans have always considered DACA unconstitutional, because Obama created it in defiance of Congress, and because he did so by extending his powers of prosecutorial discretion to an unprecedented number of cases, numbering nearly a million beneficiaries.

Barack Obama himself believed it was unconstitutional and unlawful. As former Rep. Luis Gutierrez (D-IL) documented in his 2013 memoir, Obama “had been telling the entire immigrant-rights community for nearly a year and a half that he couldn’t do it.”

Nevertheless, amnesty activists tried and failed to push Obama to act, until Republicans — Sen. Marco Rubio (R-FL) in particular — threatened to outflank him.

After Congress rejected Democrats’ proposals for a “Dream Act” that would eventually grant citizenship to illegal aliens brought to the country as minors, Rubio proposed a more moderate bill that looked likely to pass with Republican support.

“Some of the activists say they are open to Rubio’s effort,” the Washington Post reported at the time.

Rather than face the political setback of having to sign or veto a Republican bill to help “Dreamers,” and risk Latino support, Obama decided to declare DACA, which critics called the “Dream Act by fiat.”

When Trump’s first Attorney General, Jeff Sessions, announced the end of DACA, he noted the Trump administration believed the policy had always been unconstitutional:
“[T]he executive branch, through DACA, deliberately sought to achieve what the legislative branch specifically refused to authorize on multiple occasions. Such an open-ended circumvention of immigration laws was an unconstitutional exercise of authority by the Executive Branch.”

But the media had never shown much interest in whether DACA was constitutional or not. Instead, they have focused on how ending DACA might harm “Dreamers” — who are often portrayed in glowing terms as patriotic, high-achieving Americans in all but name.

At the same time, they have often speculated — or even presumed — that President Trump is an authoritarian leader who would do anything to protect and increase his power.

On Friday, Trump pointed out that DACA was unconstitutional — and that if the Supreme Court disagreed, by rejecting the Trump administration’s appeal of the lower court’s decision, it would be giving him potentially unlimited power (emphasis added):

We discussed [DACA] a long time ago … You remember those discussions. But where it really ended is when the judge ruled against [the cancelation of DACA]. And it was — I said, as soon as that happened, ’cause that was a shocking decision, it was shocking to the Democrats and it was more shocking to the Republicans. It was an incorrect decision, it was a political decision made by a judge — and I know a lot of people don’t like when I say it, but try going there sometime to the Ninth Circuit and try winning a case. Not easy. Everybody files right in the Ninth Circuit. The fact is, it was a terrible decision, and incorrect decision. When that decision came down, when that judge ruled the way he ruled, I said, as soon as I heard it, I said, “You know what’s going to happen? We’re never going to hear from them again.” And that’s exactly — that’s what broke up the DACA deal. Yes, we had a pathway [to citizenship], we had many things — that was getting close to being a deal. … we were getting close. And I said as soon as that decision came down, that incorrect and horrible decision — I mean, there’s been a number of them made lately — but I said, “You’ll never hear from them again.” I called up. I said, “Hi, it’s President Trump. What is going on?” They say,”President trump?” We don’t know who that is.” It was over. The deal was over. That’s what killed the DACA deal. It was nothing else. It was the judge’s decision. And if the Supreme Court does what, really, everyone thinks from a legal standpoint it should be doing — if they don’t allow the President of the United States, which is me also, because if President Obama is allowed to do that, I’m allowed to do it also. Can you imagine? If the Supreme Court overrules that wrong executive order [by Obama], we’ll have a deal very quickly on DACA and other things. And the Democrats want that and so do we. But once he ruled that way, it was something you couldn’t really negotiate.

Trump’s description of the case pointed out the problem that the Democrats, and the media, overlooked in 2012: namely, that if Obama were allowed to expand his executive powers by ignoring all constraints, including Congress, a future Republican president could do the same.

He also set a trap for his critics: if they disagree with his description of the constitutional problem with DACA, they are forced to trust him with the same sweeping authority they applauded under Obama, and to accept that he may not be the tyrant they have portrayed after all.

Though one might object to Trump signaling to the Court which way it ought to rule on a constitutional question, he is hardly the first president to do so. Obama, for example, did it in 2012, when he urged the Court to uphold Obamacare, arguing — bizarrely — that it was a “duly constituted law.”

How ironic that Obama — lauded by the media for being a “professor” of constitutional law — would imply he did not believe in the power of judicial review, while Trump — treated as some kind of fascist — would appeal to the constitutional restraints on his own power.